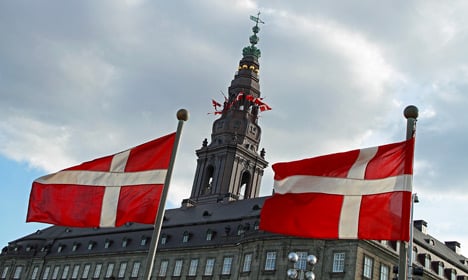 Step aside, USA: Denmark is the top country in the world, according to economist John Kay. Photo: Colourbox

Foreign policy experts often assert that the United States is the world's so-called ‘Top Nation’ and that China and/or India may supersede the US in the future.

But Scottish economist John Kay argued in a Financial Times column on Tuesday that Denmark is actually the true king of the global mountain. Kay said that the foreign policy wonks are looking at the wrong metrics for what constitutes the world's top country, and that “from an economic perspective, perhaps it is Denmark.”

Kay's said that the discourse revolving around which country is the ‘Top Nation’ is based on an outdated premise that a state's ability “to push other people around” is ultimately what helps secure the territory and resources it needs to prosper.

“But Denmark has lost interest in pushing other people around. In the past two centuries the kingdom has lost Norway, Schleswig-Holstein and Iceland, and Greenland will probably find its own resource-rich independence before long. No one much minds,” he wrote in his column.

“The wealth of Denmark is instead built on exporting bacon and drugs to control diabetes — an appropriate combination — around the world.”

Kay also noted that Denmark routinely ranks at or near the top in global happiness surveys and is a socially cohesive society.

Kay's column wasn't exclusively an ode to the wonders of Denmark. He acknowledged that “Denmark is also rather boring”, referring to The Local columnist Michael Booth's breakdown of the concept of Jante Law. But the economist argues that “most Europeans think boring is good.”

Denmark has received a string of praise internationally from global ranking institutes in recent weeks.

It was ranked the world’s second-most peaceful country by the Institute for Economics and Peace, just narrowly beaten by Iceland.

Danes were also found to be the least corrupt people in the world according to the Global Justice Project.

Finally, Denmark was also ranked the eighth most competitive economy by the International Institute for Management Development in May, while Forbes magazine declared it the best country in the world for business back in January.