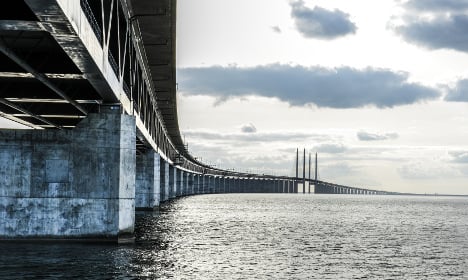 Copenhagen mayor Frank Jensen is behind the idea which will see the Danish Zealand and Swedish Skåne regions relabel themselves as 'Greater Copenhagen'.

“Rather than thinking small and locally, we need to think large and regionally,” he said when the bid was first floated in August last year, a move which was formalised this week.

Southern Sweden and Denmark already enjoy extensive cooperation in several areas and many residents commute daily across the Öresund bridge (made famous in Nordic Noir crime series 'The Bridge'), which has linked the two countries since 2000.

The new brand, officially announced on Monday by representatives from the two Scandinavian countries at a summit in Sweden's Kristianstad, is set to market the region as 'Greater Copenhagen and Skåne Committee'.

“It is the Scandinavian spirit – sustainability, creativity, equality, trust and togetherness. (…) Greater Copenhagen is in the soul. It is freedom and happiness,” said the project's new website, which notably only had information in Danish and English.

While the Nordic neighbours used to fight each other in many wars in the 1600s, this animosity has long since turned into friendly rivalry. In that spirit, the Swedes refused to let themselves be swept off their feet by the prospect of new venture and many took to social media on Tuesday to ridicule the concept.

“Cancel the peace in Roskilde,” wrote one Twitter user, referring to the 1658 treaty which saw Skåne returned to Sweden after centuries under Danish rule.

I need to learn Danish. Denmark just took back Skåne after 350 years. #GreaterCopenhagen

However, Henrik Fritzon, chairman of Skåne county, insisted that the new brand would not see the Nordic borders redrawn.

“There have been dramatic overtones and talk about Skåne being sold out and that we will not be called Skåne any longer. But that is a misunderstanding. Greater Copenhagen is a marketing concept which we will primarily use as part of large international marketing projects,” he told regional Swedish newspaper Sydsvenskan.

All 79 municipalities in Zealand and Skåne are set to be offered membership of a new committee linked to the marketing concept, which will also look at how to improve integration and coordinate on social issues such as welfare benefits.

“Even today, border commuters still experience problems with for example social insurance, child care contributions and unemployment benefits. The goal is that it will be easier to work in different countries,” Fritzon told Sydsvenskan.