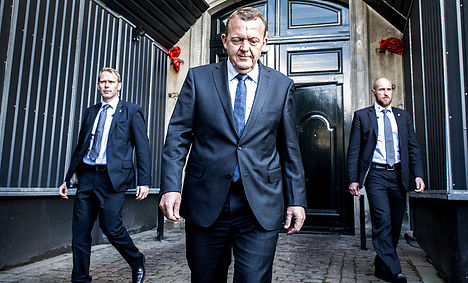 On Saturday, leaders from each political party made the customary ‘Queen’s Round’ to deliver their recommendations to the Danish monarch on who they believe should lead negotiations for the formation of a new government.

As expected, the Danish People’s Party (DF), Liberal Alliance, and Conservatives all advised the queen that Venstre leader Lars Løkke Rasmussen should head the negotiations. As this gave Rasmussen the highest parliamentary backing, the Queen appointed him to initially investigate the possibility of forming a majority government.

Analysts expect this to be highly unlikely as the four blue bloc parties disagree on several key issues, particularly on whether public sector spending should be increased, decreased, or maintained at current levels. If it is not possible for Venstre to form a majority government, Rasmussen will be forced to form a minority government that is reliant on parliamentary support from the other parties within the bloc.

The Conservatives have already indicated that they are not interested in joining a government coalition.

“I think it speaks for itself that when we are such a small party and also have the decisive number of seats[…] It makes a lot more sense for us to remain outside of a formal coalition,” Conservative MP Mai Mercado told Fyns Stiftstidende.

“It will be our task to pull the government in a liberal direction,” she added, referring to the significant influence that DF is expected to have.

DF has already announced four conditions that Venstre will need to agree to before the party would consider being part of a coalition government: A eurosceptic approach to the EU, re-introduction of border controls, further restrictions on immigration and asylum policy, and 0.8 percent growth in public sector spending.

“These are unconditional terms. We will not enter discussions on whether it could be 0.5 or 0.6 percent. Kristian [Thulesen Dahl] believes very firmly that this is the starting point for any worthwhile negotiations, and if that is not possible, then we are happy to remain outside of government,” DF MP Søren Espersen told Politiken.

Liberal Alliance have indicated that they may be interested in joining a coalition, but that in contrast to tDF, they want to see reductions made in public sector spending.

Venstre will be holding separate negotiations with each of the other blue bloc parties throughout the day.