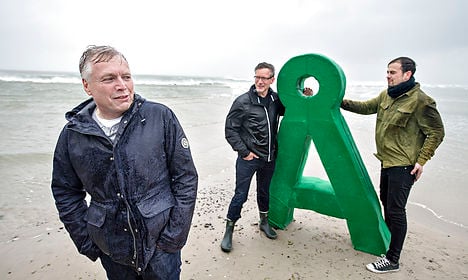 Synopsis
The Alternative is Denmark’s newest party which just barely managed to secure the 20,000 signatures required to run for the upcoming election. As the name suggests, it was formed by former Social Liberal Uffe Elbæk as an alternative to prevailing norms in Danish politics.

The party’s aim is to bring about a change in how politics are handled by combating partisanship and by making politics more accessible and relevant to the people. The Alternative objects to how political discourse is handled today – both among politicians and in the media – pointing to the fact that trust in politicians has reached an all-time low among Danes.

In what may be one of the more surprising twists in the election so far, the party is predicted to do extremely well. Analysts were initially sceptical that The Alternative would even cross the two percent threshold to qualify for parliament, a scenario that would result in The Alternative's votes being “wasted” and possibly tipping the election in favour of the blue bloc. However, recent surveys suggest that their first election may give them more mandates than several of the more established parties.

Core campaign issues
Besides the ambitious goal of trying to transform politics as we know it? The Alternative has primarily campaigned on issues relating to the environment, entrepreneurship and a better work-life balance, which has made them very popular among younger demographics. Their more concrete aims, as one would expect, are pretty alternative; A 30-hour work week, a gradual transition to a 100 percent organic agricultural sector, granted to environmentally sustainable businesses, a country completely powered by renewable energy… the list goes on.

Current representation in parliament: 1 mandate (Elbæk was voted in as an MP for the Social Liberals)
Expected after this election (as per a June 11 Epinion survey): 8 mandates (4.6 percent of the vote)