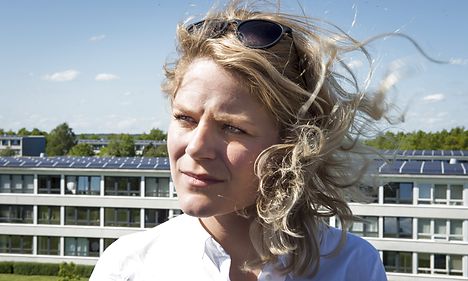 The Red-Green Alliance (known in Denmark as Enhedslisten) is an amalgamation of the former Danish Communist Party and a broad alliance of socialist organizations, which combined in 1989 to form a united political front. It is by far the most left-wing party in Danish politics and among its goals is a wish to transform Denmark into a classless society.

Traditionally a protest party of sorts, Enhedslisten has often provided parliamentary support to the current Social Democrat-led government, but has also distanced itself from – even condemned – some of its policies.

While the party is formally managed by a central committee, its spokesman is the young and highly charismatic Johanne Schmidt-Nielsen, who has done much to bring the party into the mainstream and increase its popularity, especially among popular among young people in Copenhagen. They are currently projected to become Denmark’s fourth-largest party after this election.

Core campaign issues
The party naturally has a strong focus on making Denmark a more equitable society, and wants a higher tax on corporations, as well as more effective regulation of them.

The party also wants Danes to “share work”, suggesting that parents of small children should work fewer hours and that those who are currently out of the labour market could pick up the slack. Enhedslisten has also strongly condemned the “catastrophic” changes to the unemployment benefit scheme known as dagpenge and wants to extend the amount of time that the jobless can claim the benefit.

As with all the red bloc parties, Enhedslisten is very concerned about the environment and climate change, and wants more public investments to be made in this area. The party wants to see Denmark transition to running on 100 percent clean energy and wants public transport to be better and cheaper so that more Danes will choose trains and buses over private cars.