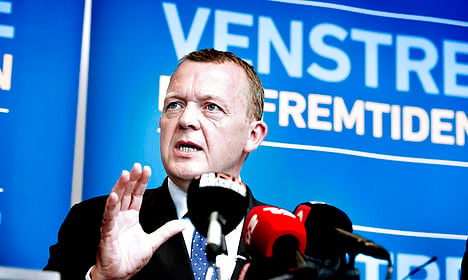 Synopsis
Venstre (occasionally referred to in English as The Liberals) has been the main liberal party in Danish politics since its founding in 1870. It is the leader of the ‘blue bloc’ and emerged as the nation's largest party after the 2011 elections. The party held the reins of government from 2001-2011 with the support of the Danish People’s Party (DF) and the Conservatives. In 2009, Lars Løkke Rasmussen inherited both the position of PM and the mantle of party leadership when Anders Fogh Rasmussen (no relation) left to lead Nato.

Since then, Løkke has been in an uphill battle to maintain the level of support the party had under his predecessor.

He has also been through (and survived) a number of expense scandals, which has left him vulnerable to attacks on his credibility during the ongoing election. While recent surveys indicate that Venstre has a higher backing than the Social Democrats, far more people nevertheless find current PM Helle Thorning-Schmidt to be far more trustworthy.

As with the Social Democrats, voters have been abandoning the party in favour of DF to such an extent that the latter may even become Denmark’s second largest party after this election. Venstre has reacted by promising to take an even harder stance on asylum seekers and immigrants and by shifting its EU stance to match DF's eurosceptic tone.

Core campaign issues
Venstre has hammered home two repeated points: a freezing of public sector growth (nulvækst) and the notion that “it must pay to work”.

The party argues that that cutbacks need to be made in some areas of public spending while investing in others such as health care. Venstre also contends that the current government has implemented reforms that make the financial incentive to get off of unemployment benefits and into a job too small.

Venstre has also taken a hard stance on immigration, asylum and integration. The party says that it should be easier for immigrants from Western countries to come to Denmark but harder for those who come from countries whose citizens traditionally have a hard time assimilating into Danish society.