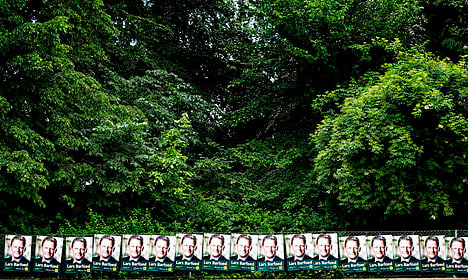 Middle-aged white men like Conservative leader Lars Barfoed are the norm. Photo: Bax Lindhardt/Scanpix
The Economy Ministry on Wednesday released the official list of 799 candidates vying for a spot in Christiansborg. There are 15 fewer would-be parliamentarians than in the 2011 election and the make-up of this year’s list is more male-dominated than four years ago.
Men represent 68.7 percent of all candidates compared to 31.3 percent for women. In 2011, the split was 66.8 percent men and 33.2 percent women.
Just 3.8 percent of the candidate list are immigrants or the descendant of immigrants and this year’s candidates are also a bit older than the last time around. The average age of the 799 people running for office is 46.4, 1.2 years older than in 2011. The oldest candidates are 74 and the youngest are 19.
University of Copenhagen professor Kasper Møller Hansen said that having so many older, white men running for parliament presents a challenge to Danes’ notion of true democracy.
“The caricature of white, middle-aged cigar-smoking men sitting with all the power appears to have some truth to it. If this is the sort of parliament we get, it is a problem because not everyone can identify themselves with [the politicians],” Hansen told Politiken.
“It becomes a challenge to the trust that is already weakened and means that many groups will have a hard time finding a candidate,” he added, referring to a study that showed that Danes’ trust in politicians is at an all-time low.
The average age of the current 179 MPs in parliament was 44 on the date of the 2011 election. Parliament currently consists of 68 female MPs (38 percent) and 111 males (62 percent).
Denmark’s election is on June 18th. Opinion polls continue to show an extremely tight race between the ‘red bloc’ of centre-left parties fronted by PM Helle Thorning-Schmidt’s Social Democrats and the ‘blue bloc’ of centre-right parties led by former PM Lars Løkke Rasmussen’s Venstre.