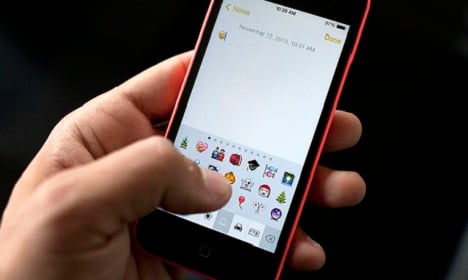 The red heart emoji* is the most popular symbol used by tech savvy Danes, suggesting that while small talk might not come easily to many, there's plenty of passion bubbling underneath the surface.

Analysts at SwiftKey, a company that makes smartphone keyboards, looked at more than a billion pieces of emoji data as part of a two-step study designed to reveal how different languages around the globe are using the symbols.

They discovered that despite Danes being famous (or notorious) for their cold demeanour, the winking and disappointed emojis are used more by people typing in Danish than those in any other language, and that – at least while texting – they smile 2.7x more than the global average.

Danes also use gift, thumbs down, and alcohol symbols more often than the global average. They are less likely than most to insert the satisfied or weeping yellow faces into their messages – perhaps a nod to the country's frequent spot on the top of global happiness rankings.

Danes also appear to have strong love for a certain bearded gift-giver rumoured to be dwelling in the North Pole (or Greenland, depending on who you ask). Along with Norwegians and Swedes, Danes used the Santa emoji more frequently than those writing in all other languages.

The SwiftKey research into Scandinavia's SMS habits came less than six weeks after the company released the first part of its global study, which suggested that several other European nations live up to their cultural stereotypes when sending texts.

Spaniards were found to be using the 'party-time' emoji more often than the global average, while the passionate French also showed some love for the red heart. German speakers demonstrated that a yellow face showing an ear-to-ear grin and crying with laughter was their favourite symbol.

The latest report also revealed that Finnish speakers are eight times more likely to use the black moon emoji. The report's authors suggest that this is perhaps a nod to the nation's long, dark winter nights. However the symbol was not among the most popular in other parts of sun-starved Scandinavia.

* Note: for those living in the stone age, an emoji (or emoticon) is any kind of pictograph used in instant messaging. The first symbols were made popular in Japan.