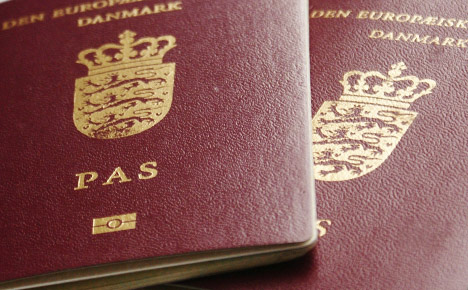 The first Dane to have his passport seized is now also the first to be jailed for supporting Isis. Photo: Coloubox
A 23-year-old Danish citizen who was the first person to have his passport seized under Denmark’s new anti-terror laws has now become the first to be jailed for supporting the terror group Isis (also known as the Islamic State), Politiken reported on Tuesday.
See also: Police seize passport from 'foreign fighter'
The man is a Dane of Turkish heritage identified as ‘EC’. He lives in the Copenhagen suburb of Ishøj and according to Politiken’s sources runs his own pizzeria.
Although the Danish National Police (Rigspolitiet) announced in April that EC’s passport had been confiscated, his imprisonment was unknown until the newspaper’s report.
Copenhagen Vestegn Police confirmed that EC is being held in the prison Vestre Fængsel but would not elaborate on his alleged support of Isis.
See also: Denmark's jihadist rehab: school, sport and Islam
“Since March 19 a person has been imprisoned after a court session behind double-locked doors. And because of the double-locked doors, Copenhagen Vestegn Police cannot comment on the case,” spokesman Claus Buhr told Politiken, referring to the phrase used when a court appearance and its details are kept secret.
Simply expressing support for a terror group isn’t in itself illegal, but approving or condoning acts of terror, supporting terror groups financially or inciting terror acts are all punishable under Danish law.
See also: Danish mosque doubles down on Isis support
When EC had his passport confiscated in March, he was the first to be affected by Denmark’s newly-passed ‘foreign fighter law’ aimed at stopping Danish citizens from travelling to Syria or Iraq.
Per capita, Denmark has produced the second highest number of foreign fighters behind Belgium. The flow of jihadists from Denmark to Syria and Iraq slowed significantly in 2014 however, numbers from the Danish Security and Intelligence Service (PET) showed in March.
PET estimates that at least 115 Danes have become foreign fighters in Syria and Iraq since Syria’s civil war broke out five years ago and at least nineteen Danish citizens have been killed.