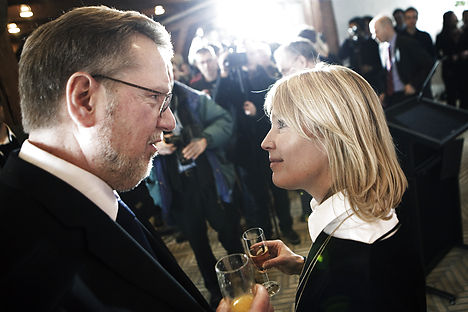 Two former foreign ministers, Per Stig Møller and Lene Espersen, are barred from entering Russia. Photo: Christian Als/Scanpix
Two former Danish foreign ministers, the head of the Danish Defence Intelligence Service (Forsvarets Efterretningstjeneste), and the leader of the nationalist Danes’ Party, are no longer welcome in Russia.
The four Danes are included on a list of 89 European politicians, diplomats and military personnel that have been banned entry into Russia in Moscow’s response to EU sanctions.
Russia did not give specific reasons for the entry bans and according to AFP, Moscow requested that European countries not reveal the names of the unwelcome parties.
An official statement from the European Union said that both the EU and member states have “repeatedly requested transparency about the content of this list”.
“The list with 89 names has now been shared by the Russian authorities. We don't have any other information on legal basis, criteria and process of this decision. We consider this measure as totally arbitrary and unjustified, especially in the absence of any further clarification and transparency,” the statement read.
One of the four Danes on the list, former foreign minister Per Stig Møller, called Moscow’s blacklist a sign of “old Russian stupidity”.
“If Russia wants to have a dialogue with the West and with EU countries, it should invite us in rather than keep us out,” he told Politiken.
Another blacklisted Dane is former foreign minister Lene Espersen. She called her inclusion on the list “peculiar”.
“First and foremost this is a sign that Russia cannot handle criticism and that they want to put a lid on legitimate discussions about Russia’s roll and peace in Europe,” she told Politiken.
Daniel Carlsen, the young leader of the Danes’ Party, said he was recently denied a visa to attend a conference in Saint Petersburg that included other representatives from European far-right countries.
He told Politiken that he wasn’t sure why he was one of the four Danes singled out by Moscow and said that his party has a positive relationship with Russia.
“It’s not that we support the [Russian] political agenda, but we see Russia as an integrated part of Europe,” he said.
Eight prominent Swedes are also included on Russia’s blacklist and the Swedish Foreign Ministry has contacted the Russian embassy in Stockholm for clarification on the list, according to Erik Boman, press secretary for Swedish Foreign Minister Margot Wallström.
“We’re still waiting for an answer,” he told Swedish news agency TT.
According to a version of the list published by Finnish broadcaster YLE, other blacklisted individuals come from Belgium, Bulgaria, Czech Republic, Estonia, France, Germany, Greece, the Netherlands, Lithuania, Latvia, Poland, Romania, Spain and the UK.
The four Danes on the list are: