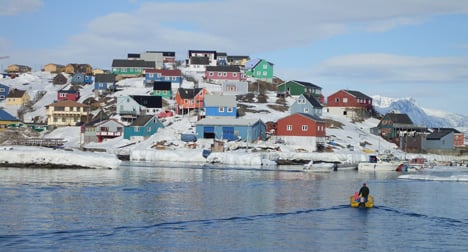 Inhabitants of the world's least densely populated country can now marry whoever they want. Photo: Colourbox
The autonomous Arctic country of Greenland followed the lead of its former colonial master Denmark by legalizing same-sex marriage.
According to the Greenlandic Broadcasting Corporation (KNR), the vote to approve same-sex marriage went as expected and passed by a 27-0 vote.
KNR reported that Greenland’s proposal to allow same-sex marriage was first brought up in 2010 but because the issue was seen as something to be decided by the Kingdom of Denmark, the plans were put on the back burner until Denmark passed its same-sex marriage legislation in June 2012. The plans were then further delayed by former Greenlandic PM Aleqa Hammond’s corruption scandal and a subsequent snap election that was won by the social democratic Siumut in a nail-biter.
Prior to this week's vote, Greenland allowed registered partnerships between same-sex couples and those couples can now choose to easily convert their relationship to an official marriage.
Greenland is largely self-governed but it remains dependent on an annual subsidy from Denmark, which still controls foreign affairs and defence policy.
The sparsely-populated Greenland is the world’s largest island but has just 56,370 inhabitants, making it also the world’s least densely populated country.