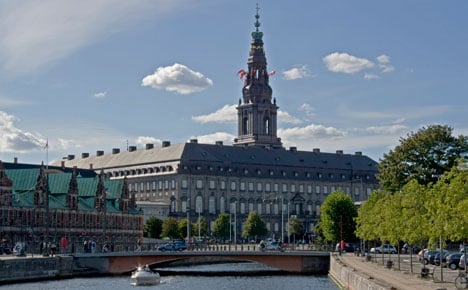 Danes will decide the balance of power in Christiansborg. Photo: Colourbox
What happens now?
Now that the PM has set June 18 as the date for a general election, political operatives will make a mad rush to kick off the short election cycle. The most visible sign of this will be the political posters that will overtake the nation’s light poles and street signs.
Because the campaign is so short – at just 23 days – it will be an intense sprint filled with numerous panel debates with the leaders of all major parties as well as a series of one-on-one debates with the two candidates for prime minister, Thorning-Schmidt and opposition leader Lars Løkke Rasmussen. A first panel debate is scheduled for Wednesday night.
What will Danes vote on?
Danish voters will decide the make-up of the nation’s 179-person parliament.
175 of those MPs come from Denmark will four will be sent to represent Greenland and the Faroe Islands.
The title of prime minister will fall to the leader of the party that can assemble a majority. For years, Denmark’s political parties have aligned themselves in two blocs: the ‘red bloc’ of centre-left parties and the ‘blue bloc’ centre-right coalition.
To rule a government, a coalition doesn’t need to total a majority of seats, it just needs to ensure it does not have a majority against it. The current government is a two-party coalition of the Social Democrats and the Social Liberals (Radikale) that holds 64 seats in parliament. But the Thorning-Schmidt led coalition is supported by the left-wing Socialist People’s Party and the Red-Green Alliance (Enhedslisten), the one MP representing The Alternative and the mandates from Greenland and the Faroes, giving it a majority of 91 mandates.
If the blue bloc wins a majority, the parties have said they will choose Venstre leader Lars Løkke Rasmussen, who served as PM from April 2009-October 2011, to reassume the prime minister position.
Who will be on the ballot?
The mainstream political parties are as follows:
The ‘red bloc’ of centre-left parties:
Social Democrats (Socialdemokraterne)
Social Liberals (Radikale)
Socialist People’s Party (SF)
Red-Green Alliance (Enhedslisten)
The ‘blue bloc’ of centre-right parties:
The Liberals (Venstre)
Danish People’s Party (DF)
Liberal Alliance
Conservatives (Konservative)
Christian Democrats (Kristendemokraterne)
This year will also see the inclusion of new left-leaning party The Alternative, which secured the needed amount of signatures to qualify for the ballot. Another party of newcomers, the immigrant-fronted National Party, is now very unlikely to have their signatures verified in time but has said that they will run candidates as independents, including poet Yahya Hassan, who packs a lot of star power.
There are also a long line of lesser-known parties who stand no real chance of winning a parliamentary seat.
Who can vote?
Danish citizens aged 18 and above who have a permanent address in Denmark, Greenland and the Faroe Islands are eligible to vote. Unlike in municipal elections, permanent resident foreigners cannot vote in the parliamentary elections. Neither can Danish citizens living abroad.
Voter turnout in Denmark is very high. In the 2011 parliamentary elections, 87,74 percent of eligible voters cast a ballot.
How does the vote take place?
When Danes go to the polls on June 18, they will be given a ballot that varies based on where they live in the country. Denmark is split into ten large constituencies and politicians are allowed to run in just one of them.
Voters can chose to either vote for a party or for a specific individual. After mandates are distributed based on voter results, the parties will then determine who gets the parliamentary seats based on the number of personal votes.
What happens after the vote?
After each voting district counts its votes, the results will be sent on to the Economy Ministry for verification and the media and public will be notified of the results.
When the results are in, the parties will begin negotiations on forming a coalition government. In 2011, it took Thorning-Schmidt a week of negotiations to form a coalition with the Social Liberals and the Socialist People’s Party, which left the coalition in 2014 in protest over the state’s partial sale of Dong Energy to Goldman Sachs.