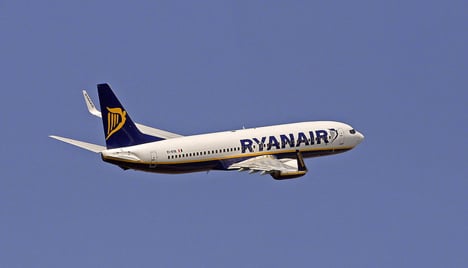 Photo: Victor/Flickr
The budget Irish airline Ryanair announced on Tuesday that it has filed a formal complaint “over various breaches by Denmark of fundamental freedoms guaranteed by EU law”, according to a press release.
The airline argues that Copenhagen Mayor Frank Jensen’s decision to ban the City of Copenhagen’s 45,000 employees from using the airline for official business constitutes a breach of Ryanair’s freedoms and has asked the EU Commission to investigate.
The municipalities of Albertslund, Ballerup, Brøndby, Hvidovre, Ishøj, Ringsted, Roskilde and Tårnby have also declared that employees can only fly with airlines that have Danish collective bargaining agreements.
“The Mayor of Copenhagen and the Albertslund Municipality are breaking EU law by banning their staff from choosing Ryanair’s lowest fare flights and their case for doing so is baseless,” airline spokesman Robin Kiely said.
Kiely said that Ryanair's pilots and cabin crew are covered by a collective agreement with the airline and that all Danish employees that deal with the servicing of flights at both Copenhagen Airport and Billund Airport are covered by Danish collective bargaining agreements.
“Ryanair calls on the Commission to act urgently to remove these unlawful travel bans,” Kiely said.
Jensen has said that his ban doesn’t not specifically target Ryanair but rather follows city policy to not “use firms like Ryanair or others that don’t offer their employees proper salaries and working conditions”.
The airline took offence to Jensen’s policy and started a public Twitter feud, dubbing him “Copenhagen’s High Fare Mayor”.
Some of Jensen’s political supporters responded in kind by tweeting insults back at Ryanair CEO Michael O’Leary.