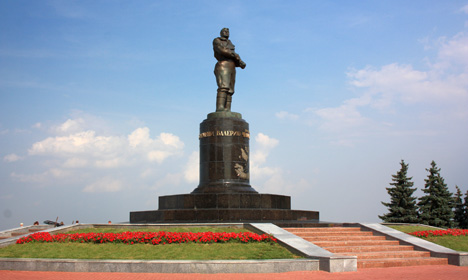 The anti-torture event is in Nizhny Novgorod, Russia's fifth-largest city. Photo: Colourbox
Three members of a Danish human rights group faced possible deportation Thursday after being accused of breaching immigration rules, a Russian rights activist told AFP Thursday.
The Danish, German and Latvian citizens were participating in a workshop jointly organized by the prominent Russian rights group Committee Against Torture and the Danish Institute Against Torture (Dignity).
On Wednesday, migration officials stormed the hotel venue in Nizhny Novgorod, Russia's fifth-biggest city, and demanded that the foreigners accompany them for questioning.
On Thursday, a court in Nizhny Novgorod ruled that German lecturer Uwe Harlacher, a psychologist, entered the country with the wrong visa, said the head of the Committee Against Torture, Igor Kalyapin.
Harlacher had been due to speak at the event — a training session on how to prevent torture — about the psychological rehabilitation of torture victims.
A spokeswoman for the local migration office told AFP that the German now has to pay a fine of 2,000 rubles (about $40) and leave the country within ten days.
“He had a multi-entry business visa, but since he was participating in a socio-political event, he needed to have a regular humanitarian visa,” spokeswoman Olga Zaitseva said.
Kalyapin complained that the authorities had not explained what visas were required.
The court was also due to hear the cases of the other two activists.
Russian migration officials regularly interrupt NGO events that have foreign participants.
Last year, four American students were deported after attending a leadership conference. Russian officials said they had tourist visas but were not engaged in tourism.
Contacted by AFP, a spokeswoman for the German embassy in Moscow said it had only learned about Harlacher's case from the media, and that neither he nor the Russian authorities had made any contact.
The Committee Against Torture campaigns against the mistreatment of prisoners in police stations and prisons. It is known as one of the few organisations with a presence in Chechnya.