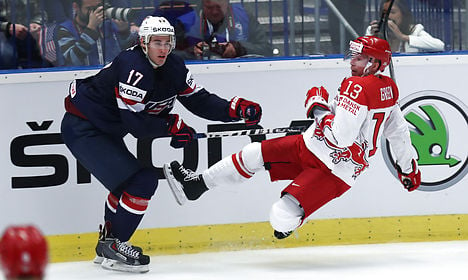 The US's John JR Moore sends Denmark's Morten Green flying on Friday. Photo: Jan Korsgaard/Scanpix
The USA beat Denmark 1-0 at the ice hockey world championships on Friday to return to the top spot in Group B with four wins and one loss from five games.
In the eastern Czech city of Ostrava, the USA outshot Denmark 41-21 but managed an only goal courtesy of New York Islanders forward Brock Nelson, who scored his fourth in the tournament 28 minutes into the game.
In Group B's other game, Norway beat Slovenia 3-1 owing to three power play goals.
Former Edmonton and Philadelphia forward Patrick Thoresen put Norway 1-0 ahead in the ninth minute.
Jan Mursak levelled for Slovenia in the second period but Anders Bastiansen and Jonas Holos rounded off the score before the second intermission.
The US team now leads the group ahead of Belarus, Finland and Russia.
Denmark will face off against Norway on Saturday. 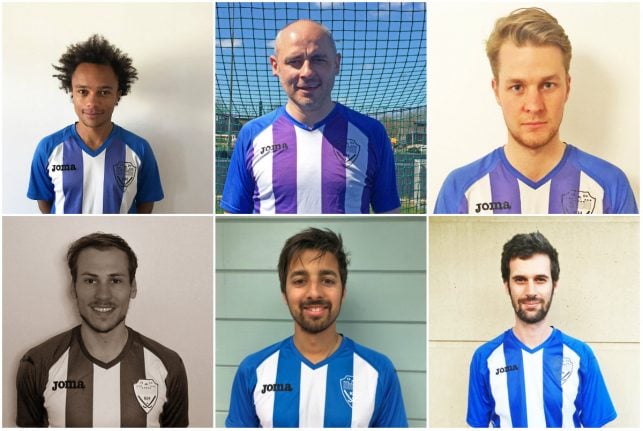 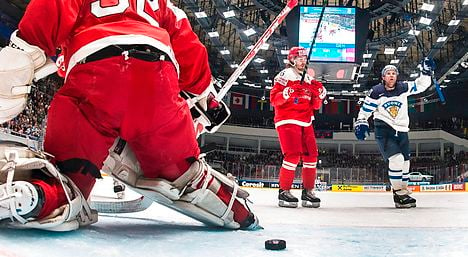 The sun dips low over the horizon as the sounds of hockey sticks thumping hard plastic balls fill the early evening air in Valby. A training session is in progress at KH Hockey, Denmark’s oldest hockey club, as it prepares for another season in the top-flight.

On one of the flanks of the club’s pitch enclosure, a group of amateur footballers on the way to a match of their own, beers in hand, roar with laughter at the sight of KH’s players training. To them, this is a crude and alien sport. With only a handful of field hockey clubs in the country’s two competitive divisions, this can be no surprise.

For KH, the reality of playing a sport that most dinner table conversations associate with rullehockey (amateur hockey played on roller blades, often on pavements and backyards) or the more popular variant of the sport, ice hockey, can be tough.

The team is a resilient bunch, however, and have secured their status in Denmark’s top flight year after year, finishing second last season. And the dream of another title to compliment the back-to back triumphs of the 2008 and 2009 seasons remains alive, as yet another new season dawns.

This year will be different though, if for nothing else than the fact that the club will be hosting the biggest tournament in it’s 114-year history, the Mens Euro Hockey Club Challenge III, which will run for four days this May and features teams from Ukraine, Malta, Sweden, Turkey and Norway.

Qualification for the annual event, hosted by a different nation each year, is secured by finishing among the top 2 in the highest division of each league.

The lure of a prestigious international tournament

For many KH players, playing in the league is one thing, but the draw of an international tournament of this calibre is incomparable. In fact, it is one of the factors that single handedly draws numerous former KH players back to the club, if only for the duration of the tournament, where strength in numbers is pivotal to any team that wants to do well.

Participating in the competition also boosts the club’s profile, and the generally limited pool of international players in Denmark tends to take notice.

In addition to a base of local players, KH, like several other Copenhagen clubs, relies on a stream of internationals to secure its squad numbers.

A mix of expats from as far as Australia and European exchange students are among those to have have made KH the team it is today. For many, playing hockey is a good opportunity to make local friends and become more acquainted with Danish culture, while there are others who are in it simply for the love of the game.

KH players were keen to express the importance of the upcoming tournament for the club.

“Being in the EC Hockey Challenge with KH means that Denmark and Copenhagen in particular can present itself as an active and alive hockey community, where fun and sportsmanship come together,” Dutch player Fabian van Oevelen says.

“We have the heart and the talent to be Danish champions again and this tournament is a boost to this dream,” teammate James Luke Barnes of the United Kingdom adds. Firm expectations for the new season

With the sun long gone, a plastic Grays ball rolls across KH’s floodlit Astroturf pitch for a final time in this particular training session.

Captain Rasmus Mundeling brings things to a close with a shout as the lads gather around the dugout for a swig of water. English, Danglish and Danish jokes break out en masse. KH’s season is in full force and spirits are high. Will this be the year they lift the Danish trophy for the first time since 2009 and how well will the team do in the Mens Euro Hockey Challenge?

The Euro Hockey Challenge can be watched live and free of charge at KH Hockey from May 18th-21st. A full match schedule can be found here.

KH Hockey is on the lookout for new talent. Teams consist of numerous nationalities from all over the world and have both male and female youth and adult squads. All skill levels are welcome.

Allan Mutuku-Kortbæk is a player and club member with KH Hockey. 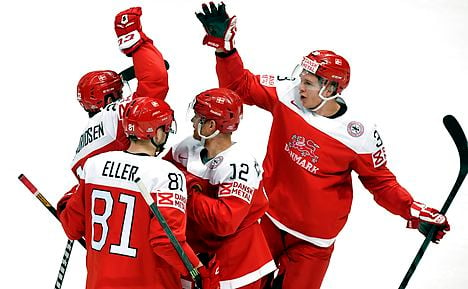 HOCKEY
Denmark to hockey final eight for only second time 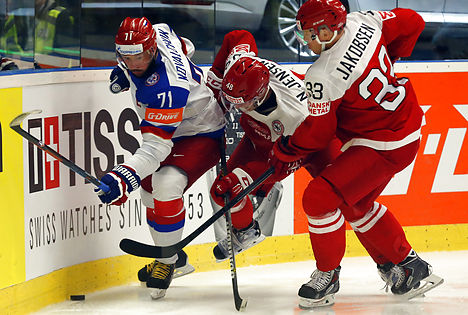