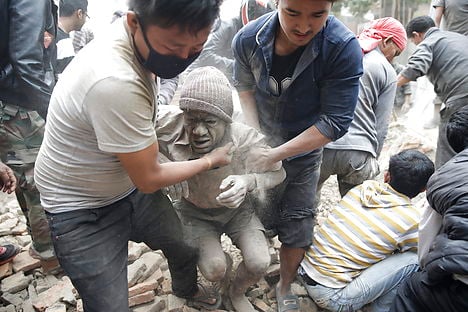 People free a man from the rubble of a destroyed building after an earthquake hit Nepal on Saturday. Photo: Narendra Shrestha/EPA/Scanpix
Denmark is sending five million kroner ($730,000) in emergency aid to Nepal, where more than 1,900 people were killed when a powerful earthquake struck near Katmandu on Saturday.
Development Minister Mogens Jensen said the immediate donation would likely be followed by further Danish aid.
“It is a terrible situation for Nepal, which is one of the world’s poorest countries. Therefore it is important for us to be there with support and help,” Development Minister Mogens Jensen told TV2 News.
Jensen added that he is “clearly ready to contribute more if there is a need for it”.
In addition to the state aid, numerous Danish humanitarian organizations are also collecting funds for Nepal, including the Danske Lions Club which has already send 500,000 kroner.
The Danish Foreign Ministry said on Saturday that 125 Danes are officially registered as currently being in Nepal but a spokesperson told Ritzau that they expect the actual number is likely much higher.
Jensen said that some 30 young Danish travellers had sought safety at the Danish Embassy in Katmandu after their hotel was levelled in the earthquake.
A travel agency director estimated that somewhere between 200 and 400 Danes are currently in Nepal, which is a favourite destination among Danish travellers.
The 7.8 magnitude quake that struck shortly before noon Saturday local time destroyed parts of Katmandu’s historic city centre and was felt as far away as Bangladesh and Tibet.
The official death toll was at 1,931 as of Sunday morning and more than 4,700 others were injured in the quake. 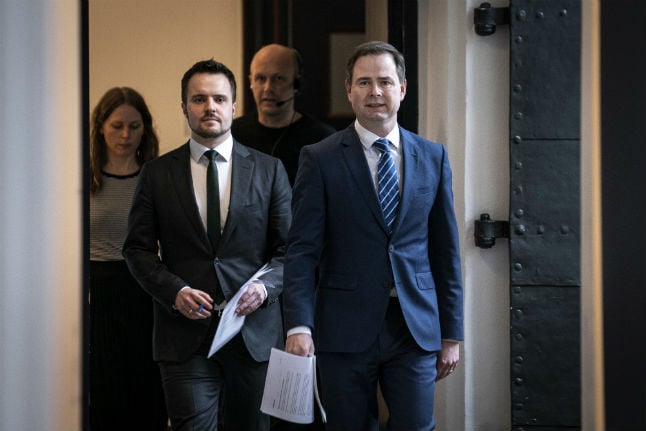