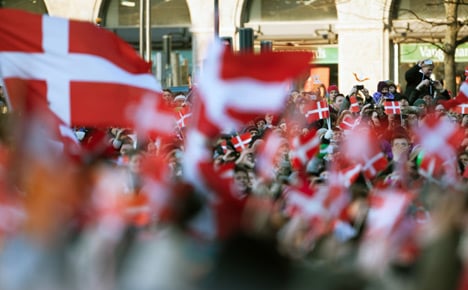 Still plenty to be happy about in Denmark. Photo: Colourbox
It may finally be time to put Denmark’s reputation as the world’s happiest country to rest.
In a global ranking of happiness unveiled in New York on Thursday, Switzerland was deemed the happiest country in the world, closely followed by Iceland, Denmark, Norway and Canada.
The 2015 World Happiness Report is the third annual report seeking to quantify happiness as a means of influencing government policy. The United Nations published the first study in 2012 and Denmark topped the 2013 version.
Finland, the Netherlands, Sweden, New Zealand and Australia round out the top ten in this year’s report, making small or medium-sized countries in Western Europe seven of the top ten happiest countries.
Although Danes can still feel, well, happy about their third place ranking, the World Happiness Report is the latest in a series of rankings in which Denmark did not come out on top.
An international WIN/Gallup poll released in January put Denmark behind Finland as the happiest country in Europe, although over three fourths of all Danes polled (76 percent) said that they feel either ‘very happy’ or ‘happy’ about their lives.
And a Gallup and Healthways Global poll from September also put Denmark in ‘only’ third place when it comes to overall well-being. Panama and Costa Rica topped that list.
Just last month however, Denmark topped a Eurostat study on life satisfaction released in conjunction with  the International Day of Happiness.
In 2015 World Happiness Report, academics identified the variables as real GDP per capita, healthy life expectancy, having someone to count on, perceived freedom to make life choices, freedom from corruption and generosity.
Jeffrey Sachs, director of the Earth Institute at Columbia University and one of the editors, said the top 13 countries were the same a second year running although their order had shifted.
They combined affluence with strong social support, and relatively honest and accountable governments, he told a news conference.
“Countries below that top group fall short, either in income or in social support or in both,” Sachs explained.
The United States trails in 15th place, behind Israel and Mexico, with Britain at 21, pipped by Belgium and the United Arab Emirates. France ranks number 29, behind Germany in 26th place.
Afghanistan and war-torn Syria joined eight sub-Saharan countries in Africa — Togo, Burundi, Benin, Rwanda, Burkina Faso, Ivory Coast, Guinea and Chad — as the 10 least happy of 158 countries.
Despite the conflict raging in Iraq, that country was ranked 112, ahead of South Africa, India, Kenya and Bulgaria.