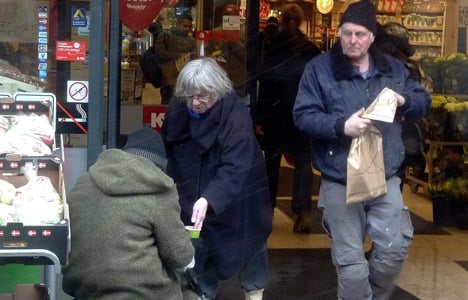 A beggar outside a Copenhagen supermarket. Photo: Jens Rost/Flickr
The Danish People’s Party (DF) and the Conservatives want foreigners who beg on Danish streets to face stiff fines rather than the current and seldom-enforced system that subjects them to imprisonment, Metroxpress reported Thursday.
Begging is technically illegal in Denmark, but the begging must be "active" and the police must warn the same person numerous times before it can be punishable by law. It's not enough for a person simply to sit with a paper cup and passively accept donations.
Figures from the Danish National Police (Rigspolitiet) show that just five people were convicted of begging between 2008-2012.
The two right-wing parties think that more should be done to target beggars, particularly those who they say are part of organized foreign groups.
“We don’t want to go after those people who ask for a bus ticket, but rather the organized type, in which large groups come from eastern Europe and engage in speculation. They should be fined and then deported,” DF’s Peter Skaarup told Metroxpress.
The parties’ get-tough proposal fell on deaf ears in the Justice Ministry.
“When a person begs on the streets, it is often a sign of social problems that are unlikely to be fixed by punishing the person in question with higher fines,” Justice Minister Mette Frederiksen told Metroxpress.
Frederiksen did concede however that she would look into the need to increase enforcement efforts against foreign criminals.
A Copenhagen Police spokesman told Metroxpress that current efforts against street begging are sufficient.
“It was definitely a big problem in 2013, but now we have them under control. Those of us in the police have used the laws that are aimed at people who don’t live in the country and that applies to everything from bottle collectors to beggars. We can feel the effects and we can see that there are fewer of them on the streets now,” Tom Struve said. 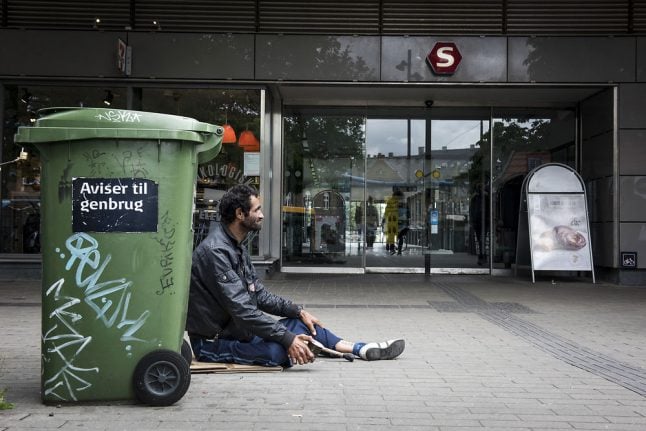