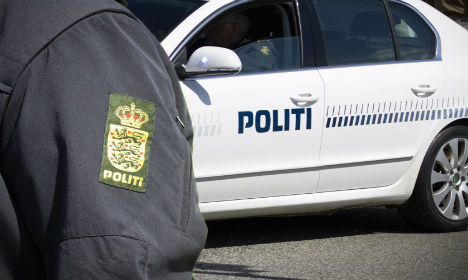 Danish police has for the first time enforced a new passport law, seizing the passport and issuing a travel ban on a man suspected of planning to go to presumably Syria to fight. Photo: Colourbox

The new law that came into force on March 1st gives police the right to confiscate passports and impose travel bans on Danish citizens suspected of planning to travel to Syria or Iraq to fight.

A 23-year-old man from Copenhagen has been slapped with a one-year travel ban after police took his passport on March 16th, Metroexpress reports.

This is the first time Danish police have enforced the new 'Syria fighter law', Danish National Police told the newspaper.

“We reached a decision on March 16th based on the new rules in the passport law and the Aliens Act, which allow for the imposition of travel bans, seizing passports and refusing to issue passports to people in situations where there are reasons to believe that they will travel to armed conflicts,” Vestegn Police spokeswoman Helene Schrøder told Metroxpress.

According to Schrøder, the 23-year-old man has not appealed the decision. She said confidentiality rules prevented her from shedding light on how the police first learned about the case or his exact destination.

Some however are sceptical of the passport law, saying it will probably not stop anyone who really want to go to Syria to fight.

“It will still be possible to go there. Where there is a will, there is a way,” the terrorism researcher Magnus Ranstorp from the Swedish Defence College told Danmarks Radio.

He said it was easy to move around in Europe with false identification papers and enter Syria via Turkey. However, it may be more problematic returning to Denmark again, he said.

In another March case, child care authorities in Aarhus feared that a 15-year-old Muslim boy's father might persuade him to travel to Syria to fight with Islamic extremists and placed him in a juvenile home.

The flow of jihadists from Denmark to Syria and Iraq slowed significantly in 2014, numbers from the Danish Security and Intelligence Service (PET) show. PET also notes that at least 115 Danes have become foreign fighters in Syria and Iraq since Syria’s civil war broke out five years ago. Nineteen Danish citizens have been killed, according to PET.