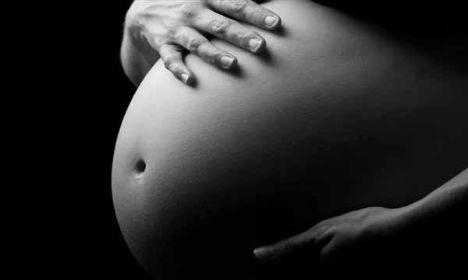 Every tenth child in Denmark is born to a single mother, statistics show. The state pays for fertility treatment but some argue that this has to stop. Photo: Tipstimes.com/Flickr

The trend of Danish women waiting until their 30s or 40s to have children – and choosing to do it alone – is not unique to Denmark. But statistics now show that as many as 478 children born in Denmark in 2014 were the result of artificial insemination in women without a partner (“solo mothers"), according to the state-owned TV station, Danmarks Radio (DR).

DR gained access to data from the Danish Fertility Society, according to DR’s home page. And now the DR social media debate platform is at the centre of this debate.

Danes, who have some of the highest tax rates in the world, but who in return are happy to see the state provide for many benefits, now say that “enough is enough”. Many of the more than 200 people who have commented on the DR website hold this view.

“Having a child is not a human right,” one reader wrote.

“I don’t think the state should pay for something that is not a disease,” another reader going by the name Preben noted.

“The demanding tone has just become too much if a totally healthy woman is being helped by society to have a child this way,” wrote Lillian Petersen.

But some are positive about the state covering artificial insemination for single mothers. Some argue that if Denmark is to boost its low birth rate, nontraditional methods like these have to be supported.

Another woman argues that Danish women should not be robbed of the opportunity of having children just because there are no suitable partners in Denmark.

In 2014, Danish women without partners received 3,454 fertilization treatments in Denmark, according to DR.

The debate about the state paying for in-vitro fertilization started with some articles on the DR website about women waiting too long before try ingto get pregnant, causing the artificial insemination to fail. Indeed, most single mothers try to get pregnant when they are 36 or older.

Doctors warned women of losing their fertility sometimes ten years before they reach their menopause. The underlying message was that women do not know enough about the biological clock.

This was also the message of a suggestion a few months back to have more sex education about “how to make babies” in Danish schools to boost the falling birth rates.

Why so many solo mothers?

Danes are also trying to get to the bottom of why so many women choose to have children without a man. Some argue that it’s because Danish women have higher education, careers and in general high standards when it comes to men.

Statistics also show that 90 percent of single mothers would have preferred to have a child with a partner, according to researcher and associate professor, Lone Schmidt, who specializes in single mothers.

Others argue that it’s men's fault because they are the ones who wait too long to have children.

“One has to remember that every time a woman chooses to have a donor child alone, there are a lot of men behind her who have said no to having children,” Schmidt said.