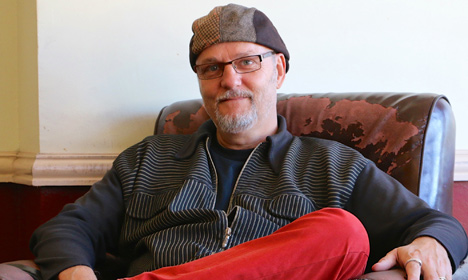 Kim Aronson has lived in the US since 1999 and says Danes in Denmark should take a lesson from Americans about welcoming immigrants. Photo: Submitted
When Denmark finally passed a law allowing dual citizenship, it was cheered by the thousands of expats living in the country who were finally given the chance to become Danish without forsaking their original citizenship.
See also: Denmark passes dual citizenship bill
The decision was also a watershed moment for Danes living abroad who were given the opportunity to take on the citizenship of their country of residence without cutting their legal ties to Denmark.
In the United States, home to 100,000 first-generation Danish immigrants, a Danish journalist is exploring the “soul-searching” decision of taking on American citizenship.
Kim Aronson has been living in California with his American wife Rosy since 1999. After the Danish parliament passed the dual citizenship law in December, he began wrestling with the decision to apply for American citizenship.

Through his project Danes.TV, a video-focused website that chronicles the Danish experience in America, Aronson is well tapped in to the Danish-American community and said that many Danish expats he knows are also struggling with what it will mean to officially become US citizens.
“Now for the first time in over a hundred years, tens of thousands of Danes in the US are considering whether to become American citizens," Aronson said.
"Like so many of the immigrants living in Denmark experience, we Danes in the US feel torn between our 'old' culture and our new American life. We want to find ways to keep our Danish identity, culture and traditions alive and intact, while integrating ourselves into the society we' re actually living in," he added.
See also: VIDEO: How Denmark saved a small Iowa town
The Aronsons want to document this existential struggle and have launched a Kickstarter campaign to fund a film entitled ’To Be or Not To Be… (An American)’. They say the film will explore issues such as what it means to one’s identity and cultural belonging to become a dual citizen and whether adopting new citizenship means abandoning one’s former home country.
Although the film will focus on Danes living in America, Aronson said it will carry a message for the people of his motherland, where immigration and integration have been hotly contentious issues for years.
See also: PM's party touts hardline immigration policies
“With our film, I hope we can tell the story of modern Danes living in the US, as well as inspire Danes in Denmark to receive their own immigrants with the kind of respect and acceptance many of us have experienced here," he said.
’To Be or Not To Be… (An American)’ will be a full-length documentary building upon Aronson’s work with Danes.TV. To realize their ambitions, Kim and Rosy Aronson say they need to raise $35,000 (240,000 kroner) by April 22nd.
To support the film, visit its Kickstarter page. A trailer for ’To Be or Not To Be… (An American)’ can be seen below.