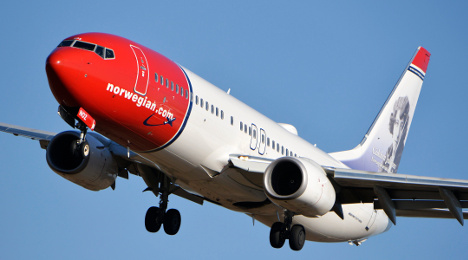 "Unfortunately we have cancelled around 160 flights today due to the pilot strike," spokesman Daniel Kirchhoff told AFP in an email.

Norwegian — Europe's third-largest budget airline — struck a deal late Tuesday with pilots who had been on strike over their terms of employment, but planes and crews were not in place to immediately resume full service.

"It's primarily domestic traffic in Norway, Sweden and Denmark and flights between the Scandinavian capitals that's been most affected," Kirchhoff added.

The airline said a total of 200,000 passengers had been affected by the action.

Air traffic is expected to be at full capacity on Thursday, Norwegian said.

Tuesday's deal secures the jobs of the airline's Scandinavian pilots until October 2017 after they feared growing use of cheaper labour from other regions.

In return, the pilots made concessions on wages and pensions.

Norwegian — which introduced trans-Atlantic low-cost flights in 2013 — posted its first annual loss in eight years in 2014.

Shares in Norwegian had risen over five percent in mid-day trading on the Oslo Stock Exchange.