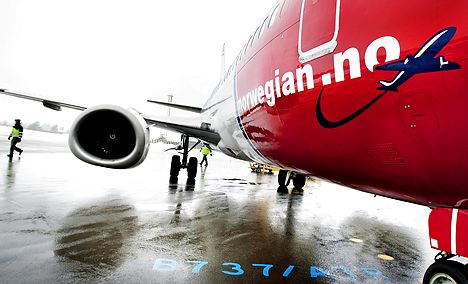 Photo: Rune Feldt Rasmussen/Scanpix
Pilots for the budget airline Norwegian on Monday rejected the airline's calls for arbitration to end a strike that has affected tens of thousands of passengers across Scandinavia.
The strike, which is on its tenth day, has forced Europe's third-largest budget airline to cancel almost all domestic flights in Norway and Sweden, and flights in Denmark and connections between Scandinavian capitals have also been severely affected.
Norwegian said Monday night that a large number of flights would once again be cancelled on Tuesday.
The industrial action begun by around 70 Norwegian pilots demanding better job security has ballooned some tenfold to include nearly 700 Scandinavian pilots. Around 100 of the pilots are Danish.
The Parat union that called the strike rejected the arbitration proposal, saying it was unnecessary while talks were continuing.
The airline is struggling to find a solution, Norwegian spokeswoman Anne-Sissel Skanvik told Norway's TV2 after mediation efforts between the company and the Scandinavian pilots failed over the weekend.

Earlier on Monday, there were reports that the two sides were nearing a solution.
The pilots want better job security and standardized salary terms for all pilots employed by the various Scandinavian subsidiaries of Norwegian.
The company, which in 2014 suffered its first loss in eight years, is looking to reduce operating costs as well as pilots' benefits.