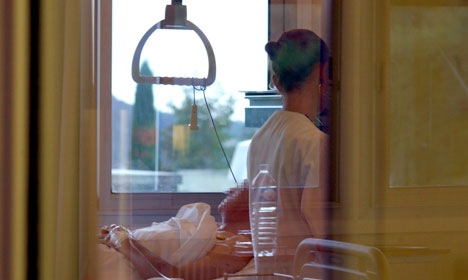 Police were mum about the details of the 'mysterious' deaths. Photo: Colourbox
Lolland-Falster Police said Monday that a 29-year-old local woman would be held in custody for three weeks for her suspected role in an unknown number of "mysterious deaths" at the public hospital in Nykøbing Falster.
The hospital reported the deaths to the police on Sunday.
“On the background of that report, we have spent most of the day interviewing a wide range of people. That has led to the arrest of one person, who today will be presented for a initial hearing with the motion for being held on remand,” police spokesman Søren Ravn-Nielsen said.
The woman appeared in court Monday, but the proceedings were held behind ‘double closed doors', meaning that the media was not told the charges nor the name of the accused. Media reports, however, indicate that the arrestee is a woman with 'connections' to the hospital and Ritzau said that the woman is being charged with manslaughter.
The woman's lawyer said that she denies the charges against her.
According to BT tabloid, at least one of the unknown number of deaths was a patient at the hospital and hospital officials themselves reported the “mysterious” deaths to the police.
Nykøbing Falster Hospital services around 150,000 residents of southern Zealand and the islands of Lolland Falster. The 250-bed hospital has roughly 1,100 employees.