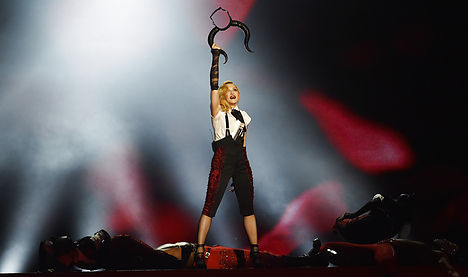 Madonna performing at the Brit Awards last week. Photo: Toby Melville/Scanpix
Although she’s now in her fourth decade of making music, there is no doubt that Madonna can still sell tickets.
The one-time Material Girl, now 56, announced her ‘Rebel Heart’ tour on Monday, which will include a November 17th date at Jyske Bank Boxen in Herning.
"Madonna continues to be one of the most successful touring artists in history – her shows are legendary and we are thrilled to have her going back on tour," Arthur Fogel, the chairman of Global Music, said in a statement.
Madonna is preparing to release her 13th studio album, Rebel Heart, next week. Showing that public interest in the icon hasn’t waned, several songs from the album where leaked last year, forcing her to speed up the release process.
Madonna has certainly been no stranger to making headlines  during the course of her long career, but last month she received some extra unwanted attention when video of her falling while performing at the Brit Awards went viral:
Tickets for Madonna’s Jyske Bank Boxen show go on sale March 9th at 9am via Livenation and Billetnet. The artist's Rebel Heart tour will also include her first ever stop in Stockholm. 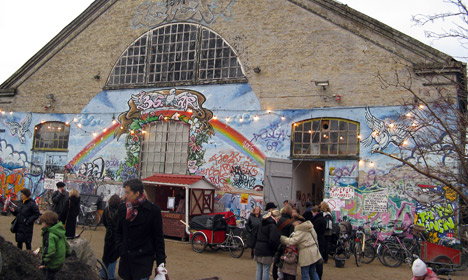 Photo: Torben Christensen / Ritzau Scanpix
To be clear, organizers and Copenhell’s devoted audience of heavy metal fans alike had every reason to celebrate the event’s ten-year anniversary and rapid growth.
When Copenhell began in 2010, it was a two-day festival that drew around 4,000 people. This year, a sell-out crowd of roughly 28,000 crossed the portal into hell for a four-day extravaganza with mostly cooperative weather and a line-up that included one of the most elusive and sought-after acts in heavy music as well as a number of perennial favourites and promising younger acts.
As a long-time fan of heavy music who has been in Denmark since the festival’s inception, it’s a bit strange that I had never attended Copenhell until this year. But as soon as Tool was announced as a headliner way back in October, I knew 2019 was going to be the year I finally joined my metal brethren in flashing the devil horns and pounding beers at Refshaleøen.
In honour of its ten-year anniversary, here are my ten takeaways as a first-timer at the now fully-established institution that is Copenhell.
1. This is a city festival in the best sense
Unlike the much larger Roskilde Festival, which is held on an open field outside of Roskilde some 35 kilometres outside of Copenhagen, Copenhell is a true city festival. Sure, Refshaleøen is somewhat isolated from the rest of the city but it is just a short (and quite lovely) bike ride away for city dwellers and is easily accessible via public transport for those a bit further from the city centre. Even after all my years in Denmark, the American in me never ceases to be amazed at the expansive sea of bicycles outside of major events and I also think it is wonderful that an extra bus line aptly dubbed ‘Route 666’ helps shuttle fans to and fro.

2. The crowd stereotypes are largely true
Ahead of the Danish festival season, Politiken cartoonist Philip Ytournel drew a hilarious guide to help people remember which festival they were attending. His telltale sign that you are at Copenhell is if you are surrounded by nothing but dads.

Like his clues for others like Roskilde and Northside, Ytournel’s stereotype of the Copenhell audience is pretty spot-on. I’d estimate Copenhell’s gender ratio to be at least be ten men for every woman and the audience indeed skews older. As a 41-year-old dad myself, I felt right at home, so I’m not complaining.
Another well-worn trope is that heavy metal fans, despite the brutality of the music and imagery, are actually among the nicest people you could ever hope to meet. This too also played out over and over throughout the course of the weekend. It seems we ageing dads with our tattoos and scary-looking t-shirts are simply really good at looking out for each other, whether it’s in the middle of the mosh pit or checking on the guys passed out on the hill.
That camaraderie is part of what brings people back year after year, festival veterans say.
“There’s really a special atmosphere here and there is room for everybody to be themselves. People are so happy here and they are really the nicest people you can find,” Kristian Kokholm, who has attended every festival, told me.
3. It’s sort of small
Having been to Roskilde Festival so many times, it is somewhat inevitable that I use it as the measuring stick for all of the other Danish music festivals. When compared to the older, more established Roskilde, Copenhell feels pretty small and there are very few overlapping concerts. While that eliminates some of the dilemmas that a packed Roskilde schedule can present, it also means that if you don’t like who’s playing on the main stage you don’t have another concert option. Luckily, there is the absolutely wild party scene at the Biergarten and sideshow attractions like Smadreland and Purgatory, where you can watch a dude lift things with his ball sack if you somehow find that appealing.

4. The audience is very loyal…
Judging from my random chats with other attendees and the crowd reactions to remarks from performers, a lot of Copenhell’s audience is made up of loyalists who attend year after year. Giving the waning popularity of rock music, it’s probably not surprising that fans have so warmly embraced Copenhell and its celebration of heavy metal culture.
“Copenhell has become so much bigger and better over these ten years, and the festival has really helped boost heavy, guitar-driven music and heavy music culture in Denmark,” Kokholm said. Copenhell veterans Kristian Kokholm and Kristian Gaarskjær. Photo: Justin Cremer
5. … but it still draws newcomers and tourists
That’s not to say that every attendee is a dyed in the wool Copenhell veteran, though. My group of friends at the festival included two other newbies in addition to myself, including Berlin resident Marian Dorbic, who made the trip for Copenhell.
“My best mate is from Copenhagen and heavy metal music is what brought us together, so that’s why I came up for this. We don’t really have anything like this in Berlin, this is some next-level shit. The thing that brings us all together is the love for heavy metal and the fucking spirit,” Dorbic told me.
6. The Danish metal scene is alive and well
One of the highlights of this year’s Copenhell was Friday’s performance by Danish death metal band Baest, who performed to an absolute adoring crowd. The Aarhus-based band have become darlings of the Danish music scene, thanks in part to a recent DR documentary and recognition as ‘Best New Danish Act’ by respected music magazine Gaffa. But they were hardly the only homegrown heroes to grace Copenhell’s three stages. Konvent, Cabal, Manticora, Demon Head, The Psyke Project and Slægt are all relatively young Danish bands who performed over the weekend, as did 80s rockers Pretty Maids. Saturday also featured 40 Danish musicians who came together in different constellations to perform metal classics in honour of the festival’s ten-year anniversary.

7. Speaking of hometown heroes…
Friday’s headliner was Slipknot, who hail from my hometown of Des Moines, Iowa. I have to admit that for a long time I sort of wrote the band off as too gimmicky, but as the years went on and people would stop me every time I wore some sort of Iowa t-shirt to yell “Slipknot!!!!” in my face, I really began to appreciate just how much they have done to put Iowa on the cultural map. For those not in the know, their 2001 album entitled simply 'Iowa' is considered by most to be their masterpiece. When they descended upon the Helvíti stage on Friday night, my Iowa pride was like a gravitational pull and the next thing I knew I was in the pit right in front of the stage – with a vintage Iowa-related t-shirt on, of course.

8. The lineup could use some more variation
And speaking of t-shirts, a large part of metal culture is proudly displaying the logos of your favourite bands either via the ubiquitous black t-shirt or a battle jacket (if you can read Danish, Anita Brask Rasmussen wrote a beautiful ode to both Copenhell and metal patches recently in Information). In my case, I had a Russian Circles shirt on for two of the three days and received numerous comments along the lines of “great band!” That made me wonder how many so-called post-metal bands have played Copenhell, since the audience seemed clearly primed for it. A quick glance at Wikipedia tells me the answer is none. What it also told me is that a lot of the bigger name bands have been to the festival numerous times. Slipknot had just headlined in 2015, Saturday’s headliner Scorpions were also one of the main draws in 2016 and Rob Zombie returned after just two years. Swedish Viking metal band Amon Amarth (who, to be fair, seem tailor-made for Copenhell) made their third appearance. Here’s hoping there will be a bit more variation in the coming years.

9. And fewer has-beens
One of the low points of the weekend was the performance by Stone Temple Pilots. While one sympathizes with new vocalist Jeff Gutt and the thankless position he is in, there is no STP without the late Scott Weiland. Thursday afternoon’s concert came off as a glorified karaoke performance that smacked of a cynical cash grab by the band’s other original members. Glenn Hughes, who at one point fronted Deep Purple, and 80s Danish rockers Pretty Maids also made visiting the Biergarten or the faux Viking village Udgård sound more appealing than their tired performances, proving that even at a festival with an ageing audience clinging to metal’s bygone glory days, there is a limit to how far nostalgia will take you.
10. I will be back
I’m slowly and reluctantly coming to the realization that I’m no spring chicken any longer and my body and mind may simply not be able to handle more than one festival per summer. While the packed Danish festival season means there might be some tough choices, I am positive that this will not be my last trip into hell!

I’m attending my first ever @COPENHELL this weekend and for me it was all about seeing @Tool for the first time in 12 years. It did not disappoint! Today I look forward to seeing my fellow #DesMoines #Iowa natives @slipknot @CoreyTaylorRock & many more ?#copenhell #copenhell2019 pic.twitter.com/lVj5rAY0FK 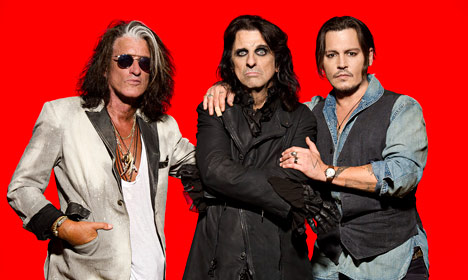 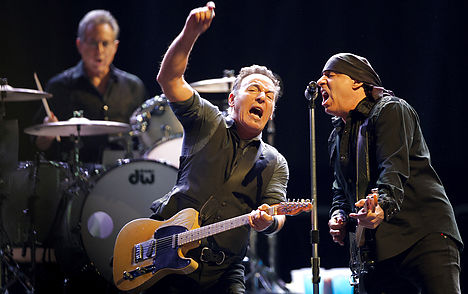