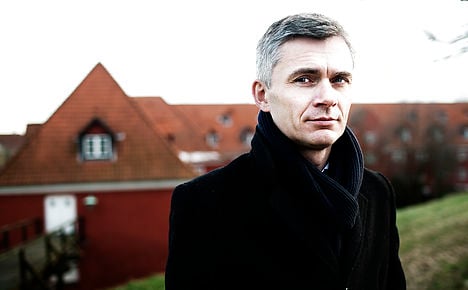 Danish Defence Intelligence Service head Thomas Ahrenkiel. Photo: Niels Ahlmann Olesen/Scanpix
The wide reach of the the US intelligence agency NSA has been well documented thanks to the revelations of American whistleblower Edward Snowden. The sheer reach of the agency’s powers have garnered headlines the world over and spurred debate about the balance between privacy and defence.
The centre of the next global debate about privacy and governmental overreach could very well be Denmark.
As part of its newly-announced anti-terror measures, the Danish government is now prepared to give its military intelligence agency even further-reaching authority than the NSA.
See also: Denmark announces new anti-terror initiatives
The government’s plan to give the Danish Defence Intelligence Service (Forsvarets Efterretningstjeneste – FE) the authority to spy on Danes abroad without a court order will give Danish military spooks broader powers than agents with the NSA or the British intelligence organization GCHQ, Politiken reports.
The think-tank Justitia and University of Copenhagen professor Anders Henriksen analyzed the authority given to FE under the government’s proposal and concluded that its powers would outreach both the NSA and GCHQ if the plan gets approved.
“The rules that apply to both the NSA and GCHQ’s surveillance of their own citizens abroad contain better guarantees for due process than the FE proposal,” the analysis concludes, according to Politiken.
Justitia and Henriksen point out that both the American and British agencies need prior legal approval before conducting surveillance abroad – an element that is not included in the Danish proposal.
“Those conditions that normally need to be met in order to get a court order are not present [in the Danish proposal, ed.]. And when there are much weaker grounds for suspicion without independent controls, there is a risk of abuse,” the head of Justitia, Jacob Mchangama, told Politiken.
See also: Denmark's surveillance cooperation with the US goes back years
The head of FE, Thomas Ahrenkiel, declined to comment on the analysis but Prime Minister Helle Thorning-Schmidt earlier this week defended the FE proposal, which was one of 12 counter-terror initiatives proposed last week.
“If a Syrian and an Iraqi are speaking together in Syria, we have the authority to listen in on what they are saying or find out what they are doing. But if a Dane gets on the line, we cannot [listen in] longer. In that situation, we can’t sit around and wait for a judge’s approval before going in and finding out what is going on,” the PM told Politiken.
Defence Minister Nicolai Wammen also defended the proposal, saying that it includes built-in controls.
“If FE uses the new option, it needs approval from the head of FE and then the Intelligence Agency Authority [Tilysnet med Efterretningstjenesterne], which is headed by a judge,” Wammen told Politiken.
Wammen added that “serious threats require strong responses”.
Justitia and Henriksen’s analysis will be presented to parliament’s Legal Affairs Committee in a closed-door session on Wednesday.
See also: Free speech is threatened, but not by Islamists