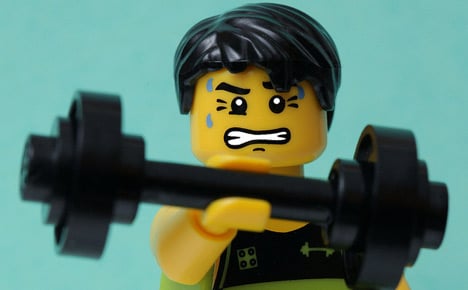 Lego bricks have been a go-to toy for kids worldwide for more than six decades, but the Danish company has never been in a better position than it is today.

Having recently overtaken Mattel as the world’s biggest toy company by sales, the Billund-based Lego has now also surpassed Ferrari as the world’s most powerful brand, according to the Global 500 study from Brand Finance.

Lego rode the success of The Lego Movie to the top spot in the Brand Finance report, with the company scoring highly in categories like loyalty, familiarity and corporate reputation. Coming behind Lego as the most powerful brands were PWC and Red Bull.

“Lego is a uniquely creative and immersive toy; children love the ability to construct their own worlds that it provides. In a tech-saturated world, parents approve of the back-to-basics creativity it encourages and have a lingering nostalgia for the brand long after their own childhoods,” Brand Finance wrote.

The Global 500 study said that despite its old-school appeal, Lego owes much of its recent success to the Hollywood blockbuster The Lego Movie.

“[The movie] was a critical and commercial success, taking nearly US$500m since its release a year ago. It has helped propel Lego from a well-loved, strong brand to the world’s most powerful,” Brand Finance wrote.

While Lego claimed the “most powerful” title, Apple was declared the world’s most valuable brand. In those rankings, Lego came in at number 382 on the 500-company list, behind fellow Danish companies Maersk (342) and Arla (364).

Twitter took the crown for the fastest growing brand, although the microblogging service has not been growing in Denmark, where it has failed to catch on to the extent that it has in other countries.

Lego was founded in 1932 by Ole Kirk Kristiansen, the grandfather of the current owner, in a small workshop in Billund, and took the name Lego two years later. It started out making products like wooden ducks, while the iconic plastic brick in its present form dates back to 1958.

The company opened a fifth "main office" in London in November as the company seeks global growth.

One key target is Asia. As well as offices in Shanghai and Singapore, the company started building a new factory in China's Jianxing, south of Shanghai, last year to build Lego products for sale in Asia.