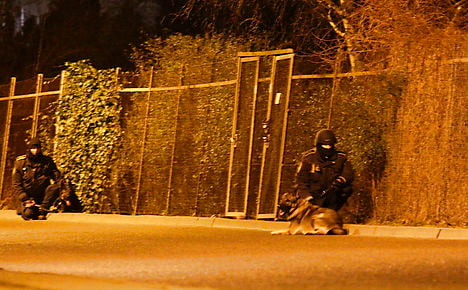 Saturday's presumed terror attack left two dead, including the suspected shooter. Photo: Mathias Øgendal/Scanpix
Copenhagen police said early Sunday they had shot dead a man who opened fire on officers hours after two people were killed and five wounded in twin shootings in the Danish capital.
At an 8am press briefing, police said that they believe the man is the person behind the shootings at a cafe that was hosting a free speech event and at a Copenhagen synagogue.
The exchange of fire took place in the multicultural inner-city neighbourhood of Nørrebro where police had been keeping an address under observation earlier in the day.
"At one point a person who could be interesting in relation to the investigation arrived at the site," police said.
After police called out to him "he opened fire against the police and was thereafter shot," the statement added.
No police officers were injured in the exchange of fire.
A 40-year-old man was killed Saturday when a gunman sprayed bullets at Copenhagen's Krudttønden cultural centre as it hosted a seminar in which Lars Vilks — the Swedish artist whose controversial Prophet Mohammed cartoon sparked worldwide protests in 2007 — was among the speakers.
Hours later, a man was shot in the head and killed early Sunday near Copenhagen's main synagogue in the city centre.
A huge manhunt operation was underway in Denmark overnight after the attacker fled following both shootings.
Two policemen were wounded in the shooting at the synagogue, and three more officers hurt in the cultural centre attack.
Police said they did not have enough information to confirm whether the two shootings, which come just weeks after a series of bloody Islamist attacks in Paris that left 17 people dead, were linked. 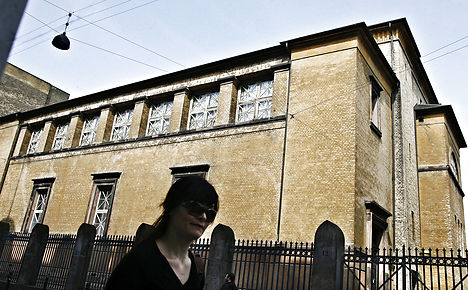