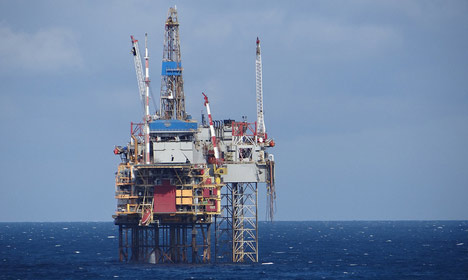 Denmark plans to suck the North Sea dry. Photo: Gary Bembridge/Flickr
The Danish government and North Sea oil companies have earmarked one billion kroner for developing methods that can pull even more oil out of the Danish portion of the North Sea, Politiken reported on Friday.
Plans to extract every last drop of oil from the North Sea come despite the UN Climate Panel’s warnings that known coal, gas and oil reserves need to stay in the ground if the world is to have a chance at keeping temperature increases from exceeding 2C.
“We are trying to get as much up from the North Sea as possible. But we aren’t taking it out to export it. It is all for our own use,” Climate Minister Rasmus Helveg Petersen told Politiken.
Petersen’s plans were criticized by environmental researchers and organizations.
“The climate doesn’t care if we are talking about supply or demand. It is obvious that we need to leave some [oil, ed.] in the ground and not go looking for new reserves,” Greenpeace Denmark spokesman Jens Mattias Clausen told Politiken.
See also: Green leader or environmental pig? Making sense of Denmark's climate impact
The climate minister later took to Facebook in an attempt to “put things in their right place”.
“Denmark has the wold’s greenest and most ambitious climate and energy policies. We must be free of oil in 2050 and by 2025 we need to be off the worst CO2 pig: coal. When we invest in a green conversion, we show the rest of the world that it can be done and we are constantly making green technologies like wind, solar and energy savings cheaper, more cost-competitive and more attractive,” Petersen wrote.
But despite the defence of Denmark’s climate policies, Petersen confirmed the plans to use as much of the North Sea’s oil as possible.
“We continue to use oil from the North Sea and so long as most vehicles continue to drive on petrol we will continue to use oil. But our goal is to be free from coal, oil and petrol in just 35 years. At that point, the worldwide demand for coal and gas will be much lower than it is today,” he wrote.
Although Petersen told Politiken there was symbolic value in using all of the North Sea’s oil and “closing some wells”, the state-owned oil and gas company Nordsøfonden calls for Danish oil production to continue beyond 2050, after which time it will be sold to foreign buyers.