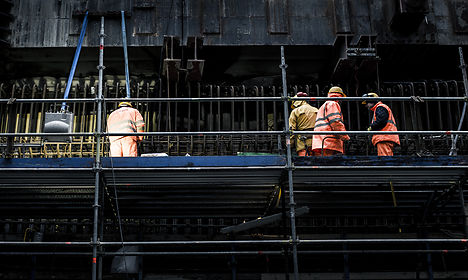 Photo: Asger Ladefoged/Scanpix
In 2014, 16,495 EU citizens came to Denmark to work. That’s just slightly below the record set in 2008, when 17,800 EU workers arrived with the implementation of free movement rights for new eastern European member states.
Polish and Romanian nationals accounted for almost half of last year’s near-record numbers, with around 4,100 Poles and 3,900 Romanians coming to Denmark to work. Some 1,800 came from Lithuania and another 1,200 from Bulgaria.
An OECD report from December showed that Poles and Romanians are the fastest-growing group of immigrants in Denmark.
See also: Half of all Danish resident permits go to EU citizens
The anti-immigration Danish People’s Party (DF) said that sharp influx of eastern European workers are taking jobs from Danes.
“It can make it harder to get more Danes into the labour market when it is so easy to bring in workers from other countries,” DF spokesman Martin Henriksen told Finans.
Within fellow opposition party Venstre, however, the interpretation was quite different.
“I can understand why eastern Europeans come to Denmark to work. But I think the numbers would be significantly lower if we ensured that it paid to work,” Venstre’s Hans Andersen told Finans, saying that the high levels of public support received by the roughly 130,000 unemployed Danes zap their motivation to find a job.
The ruling Social Democrats had yet another take, with party spokesman Lennart Damsbo-Andersen telling Finans that the 15 percent increase in Europeans coming to Denmark to work shows that “there is room for more people in the Danish job market”.