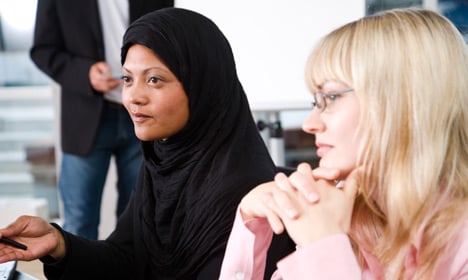 Photo: Colourbox
Every other Dane thinks that there should be a limit to how many Muslims live in Denmark according to a YouGov poll conducted for Metroxpress.
When asked how many Muslims should live in the country, 50 percent of respondents set an upper limit and four in four respondents, that limit was no higher than five percent of Denmark’s total population.
While 42 percent said that there should be no limit and that people shouldn’t be categorised by their religion, seven percent of respondents said there should be no Muslims at all.
See also: Half of Danes 'ashamed' by immigration debate
A spokesperson for the anti-immigration Danish People’s Party said that the results reflected Danes’ “common sense”.
“I see the results as a sign that Danes have a common sense outlook and big worries about what is happening with our country and the consequences of mass immigration,” Martin Henriksen told Metroxpress.
Bent Greve, a professor of society and globalisation at Roskilde University, viewed the results differently.
“It is a sign that tolerance, our understanding of one another and social cohesion are under pressure in the Danish welfare model. At the same time, the actions in France cause some people to blend things together. Some people think that if a few of them [Muslims, ed.] are extreme then all of them are extreme,” he told Metroxpress.
Muslims currently make up less than five percent of Denmark’s population.