SHARE
COPY LINK
Vigorous exercise such as fast running might be harmful to your health over time, according to a Danish study Monday that found light jogging is best for longevity.
People who did not jog at all were just as likely to die as people who jogged strenuously and often, according to the 12-year study in the Journal of the American College of Cardiology.
But those who jogged lightly, between one and 2.4 hours per week, were the least likely to die suddenly, said the findings based on 1,098 healthy joggers and 413 healthy but sedentary non-joggers in the Copenhagen City Heart Study.
Researchers had access to records that tracked hours of jogging, frequency and the individual's perception of pace.
The optimal frequency of jogging was no more than three times per week, and slow to moderate joggers experienced significantly lower mortality rates than fast-paced runners.
"It is important to emphasize that the pace of the slow joggers corresponds to vigorous exercise and strenuous jogging corresponds to very vigorous exercise," said Peter Schnohr, a researcher from the Copenhagen City Heart Study, which is based in Frederiksberg Hospital.
"When performed for decades, this activity level could pose health risks, especially to the cardiovascular system."
Past research has found similar correlations between light to moderate exercise and long life, as well as the higher death risk associated with vigorous exercise.
"If your goal is to decrease risk of death and improve life expectancy, jogging a few times a week at a moderate pace is a good strategy," Schnohr said.
"Anything more is not just unnecessary, it may be harmful." 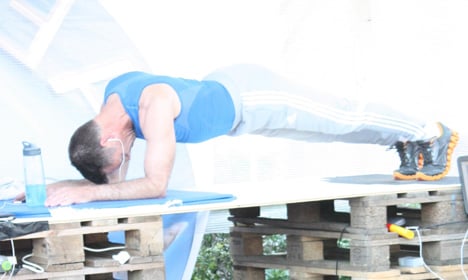 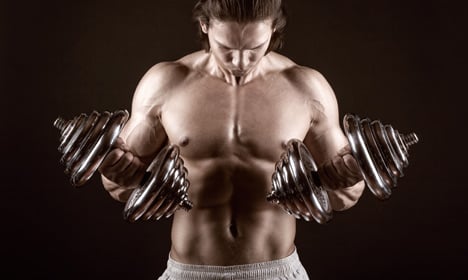 How long can you do that? Photo: Jørgen Bohn Christoffersen
Denmark is once again home to the world record holder in planking, the core strength exercise of holding a difficult position for long periods.
51-year-old fitness instructor Tom Hoel reclaimed his title – as he confidently told The Local he would back in October – after holding the plank position for four hours and 28 minutes over the weekend.
See also: Danish plank champ vows to reclaim record
With that feat, performed during a cultural event in the Zealand town of Jægerpris on Friday night, Hoel topped his own previous world record by a full 80 minutes.
“It’s a wonderful feeling to get the title of world champion back. The best feeling is actually not the title but meeting the hopes and expectations of all my friends and club members, who were there to share both my pain and happiness,” Hoel told The Local.
“I have never pushed myself that far. I had a serious crisis for almost two hours. After mentally arguing with myself, I finally asked for the time at three hours and 41 minutes. I thought that I was still under three hours and was ready to quit but when I realized I that had beat my former record and the goal was within sight, I mobilized every resource in my mind and body,” he said.
See also: Dane planks his way into the record books
Hoel said he was able to knock China’s Mao Weidong off his perch as the global master of the abdominal core exercise thanks to a strict training regimen.
“The new record time is a result of nine months of structured training. My first record was made after four months with little or no planning. I’ve had no alcohol the last four months, have eaten healthy foods and focused a lot on getting enough sleep. Sleep timing was a challenge for me, basically because it’s easier to find time for long planks when my family is asleep,” Hoel said.
Hoel’s family was there in Jægerpris to cheer him on and the fitness instructor told us he couldn’t have done it without the support of his wife Kirsten and sons Frederik and Kaj.
How long Hoel will be able to hold his crown is unknown, as the Dane said that he wouldn’t be surprised if Weidong answers the call.
When he’s not setting world records, Hoel is a personal trainer in the Frederikssund area. 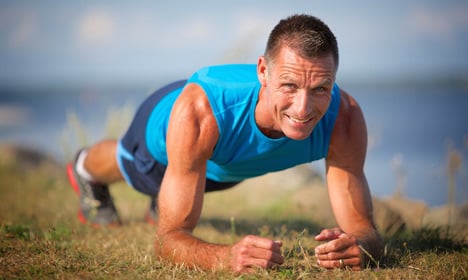 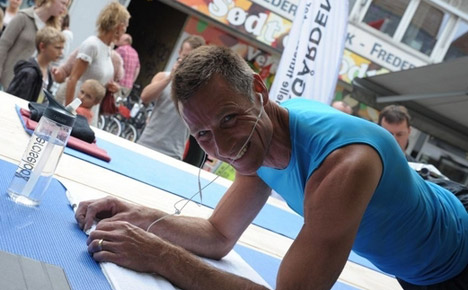