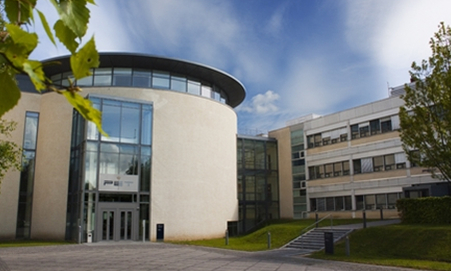 The headquarters of Denmark's security service PET. Photo: PET
The country’s Parliamentary Ombudsman has ruled that the country’s police and Security and Intelligence Services (PET) need not respond to a Freedom of Information inquiry over their use of so called “IMSI catchers”, Jyllands-Posten newspaper reported on Sunday.
"It's a problem because in our democracy we expect to have some kind of transparency over what the police are doing and what PET are doing," said Henrik Kramshøj, a leading IT security expert at Solido. “If you do not have some kind of oversight over what the police are doing, they might abuse their powers. It’s not a problem if you have a good government, but if the government shifted to a radical political party, they might abuse these methods."
Separate press investigations in Sweden and Norway last year revealed the existence of networks of fake mobile base stations around the two countries’ national parliaments, but neither country’s security services took responsibility for the bugs.
Jyllands-Posten reported on Sunday that William Gauthier, a Dane in his early 20s, had first made a freedom of request to the Danish police on their use of IMSI catchers back in 2013.
When they replied that they “could neither confirm nor deny” their use of the equipment, he contacted the Parliamentary Ombudsman, who vets Freedom of Information Requests in Denmark. The Ombudsman later backed up the police’s decision.
When Jyllands-Posten began investigating the story, the police said that that they would only use such devices in emergency situations, something Kramshøj said indicated that they must already have access to them.
“This sounds a bit strange,” he said. “To use it in an emergency, you first need the capability, and to get that you will need to first research it, and then you will need to train staff. So my guess is that they do have this capability but they’re not willing to tell us.”