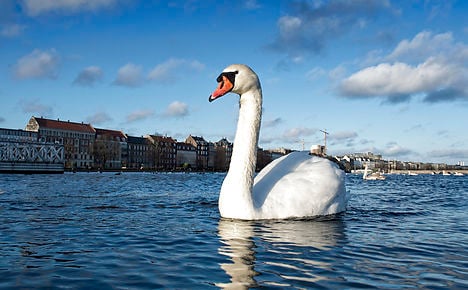 A week ago, meteorologists were warning of cold and biting temps but they now say the rest of winter could be "a bit warmer than normal". Photo: Jens Nørgaard Larsen/Scanpix
Meteorology institute DMI warned last week that “Siberian temperatures” were headed for Denmark, a frightening forecast that was echoed by numerous Danish media outlets, including The Local.
But to the relief of most, DMI has now scaled that winter doomsday prophecy back dramatically.
“The cold won’t be as strong or long-lasting as we predicted a week ago. In fact, it looks like very typical January weather and it’s likely that the night frost will already go away in about a week,” DMI meteorologist Martin Lindberg told Berlingske on Tuesday.
“For the rest of the winter, there is a strong likelihood that it will be a bit warmer than normal,” he added.
The outlook was much grimmer last week, with DMI warning that cold and biting temperatures might stick around all the way until April.
But of course even without the “Siberian temperatures”, we’re still talking about January in Denmark so don’t put those winter coats away just yet. And although parts of the country were blanketed with a fresh layer of snow on Tuesday, another item you’ll want to keep handy is your umbrella.
Through the first 18 days of January, Denmark had absorbed 68 millimetres of rain. That’s well over the monthly January average of 57 millimetres for the full 31 days. Even with the wet start to the month, January 2015 seems unlikely to top January 2007 as the wettest ever. That year, 123 millimetres of rain fell throughout the month according to figures from DMI.