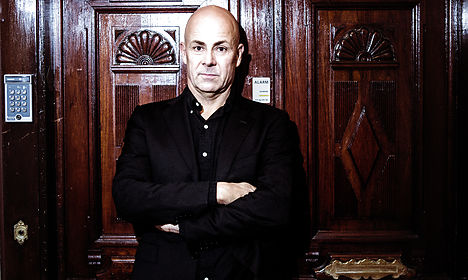 Claus Oxfeldt, the chairman of the Danish Police Union, cautioned against only focusing on security agency PET in the fight against terror. Photo: Sophia Juliane Lydolph/Scanpix
Following the terror attacks in Paris and last week’s anti-terror police action in Belgium, Denmark has for the first time ever raised its official police alert level.
In response to the recent events in Europe, Danish police have gone from level one, “daily preparedness”, on its five-point scale to level two, “slightly elevated preparedness”.
“This is the first time ever that we have gone to this alert level. I’ve been with the police for many years and I cannot remember any point at which we were at a higher alert level than we are right now,” Danish National Police (Rigspolitiet) spokesman Allan Nyring told Jyllands-Posten.
Despite the changed alert level, Nyring stressed that Denmark does not face any concrete threats.
The Danish Security and Intelligence Service (PET) has not raised the national threat level following the terror attacks in Paris, which left 17 dead over a span of three days.
“We have raised the alert level in order to be ready if the threat becomes larger. We are mentally preparing ourselves for what can happen. When you look at what is going on around Europe, it is not unthinkable that someone might get inspired,” he told Jyllands-Posten.
The raised alert level entails all police districts examining their own security and updating their emergency preparedness plans.
In related news, Justice Minister Mette Frederiksen is considering increasing the funding for PET in light of the Paris attacks. But the chairman of the Danish Police Union (Politiforbundet) said that uniformed police should also get a piece of the pie.
“It is too quick and easy to just say that PET should have more money. The fight against the threat of terror also requires that local police are on top of what is happening in their districts across the country,” Claus Oxfeldt told Ritzau.
Oxfeldt said that budget cuts have decreased Denmark’s police force by 550 officers over the past four years.
“It’s about time that the politicians wake up and look at whether the Danish police force is proportionally enough in relation to the terror threat and other police work,” Oxfeldt said.