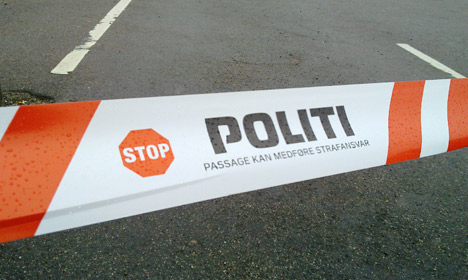 The Independent Police Complaints Authority is investigating the fatal shooting. Photo: Colourbox
A man was shot and killed by police in the Zealand town of Høng in the early hours of Sunday.
Officers with the South Zealand and Lolland-Falster Police were involved in the fatal shooting, they wrote in a brief press release.
The incident will be reviewed by the Independent Police Complaints Authority (Den Uafhængige Politiklagemyndighed – DUP).
“We were contacted at 4.42am by the police, who informed us of a shooting episode in which a man was hit in the chest. The man died at 5.21am,” DUP spokesman Janus Rasmussen told broadcaster DR.
South Zealand and Lolland-Falster Police said they could not comment on the circumstances surrounding the fatal shooting until after DUP has conducted its independent review.
As of Sunday morning, DUP had sent a team of investigators to Høng to begin an investigation.
Fatal shootings involving police officers are rare in Denmark. Between 1996-2006, just eleven civilians were shot and killed by Danish police officers according to a report from the Danish National Police (Rigspolitiet). Four of those were in 2006 alone. In the same period, just 163 shots were fired by Danish cops, including warning shots.