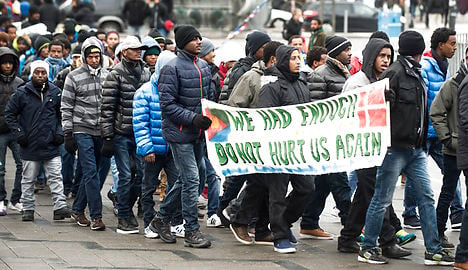 An estimated 500 people took part in Friday's protest action. Photo: Jens Nørgaard Larsen/Scanpix
The Danish Immigration Services (Udlændingestyrelsen – DIS) report on Eritrea that has led to hefty debate and heavy criticism brought protesters to the streets of Copenhagen on Friday.
Upwards of 500 people participated in a protest action spearheaded by Eritrean asylum seekers and refugees in Denmark.
Protesters marched through Copenhagen before delivering what they called “an urgent appeal” to parliament to disregard the recommendations of the controversial report.
See also: Denmark admits 'doubts' about Eritrea report
“As the highest organ of the Danish people, we Eritrean refugees in your beloved country appeal to you, Folketinget [the Danish parliament, ed.], not to use the contentious Danish report of the Danish Immigration Service (DIS) in determining our case for political asylum in Denmark,” the group’s open letter to parliament reads.
In a press release sent prior to Friday’s protest, Eritrean asylum seekers and refugees stressed that they “are very thankful to Danish people and to their democratic government for hospitality and liberty”.
“We want to assure the Danish people that we are law-abiding citizens and hardworking people who are made to abandon their beloved country and family due to gross human rights violations in Eritrea,” the press release reads.
See also: The Eritrean regime is very happy with Denmark
DIS’s fact-finding report on Eritrea came after the number of Eritreans seeking asylum in Denmark exploded over the summer. But the report has been heavily criticised, first by its only named source and later by those familiar with the situation in Eritrea and international human rights organisations including Human Rights Watch.
The Eritrea report has also led to allegations and finger pointing within and between DIS and the Justice Ministry.
New figures released by DIS on Friday showed that the number of Eritreans seeking asylum in Denmark fell by 89 percent between August and November. Just 64 Eritreans sought asylum in Denmark last month. 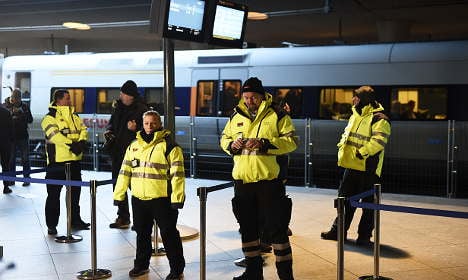 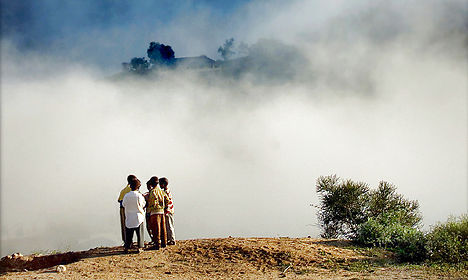 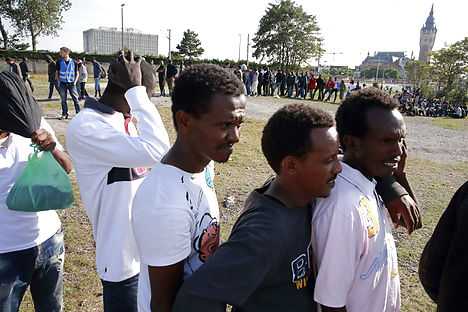 Eritrean migrants queue during a daily food distribution in the French port city of Calais. Photo: Pascal Rossignol/Scanpix
An explosion in the number of asylum seekers from Eritrea has Denmark’s justice minister worried about human trafficking.
Throughout the first quarter of 2014, roughly ten Eritrean asylum seekers arrived in Denmark each month. In July, that number jumped to 510, raising red flags for Justice Minister Karen Hækkerup.
“We need to learn more about who the asylum seekers from Eritrea are, why they are coming to Denmark and if they have a legitimate need for protection. If not, they should be sent back,” Hækkerup said in a press release.
The Danish Immigration Service (Udlændingestyrelsen) is currently investigating the situation and until its results are ready, Denmark will not be granting asylum to Eritreans.
Hækkerup said that the sharp increase in asylum seekers could be a sign of organised human trafficking.
“It is quite striking when the travel pattern of a particular group of asylum seekers suddenly changes so radically and without any obvious explanation, as is the case here. I know that the police have a strong focus on fighting human trafficking and the Danish National Police have announced that there is already a comprehensive effort underway to determine if this could be a case of organised human trafficking,” she said.
The International Crisis Group warned earlier this month that Eritrea was facing an acute “youth exodus”, with large portions of the nation’s young people fleeing the Eritrean government’s authoritarian rule.
“The impact of the exodus on final-destination countries demands a new approach to the current Eritrean government. In a Europe where immigration policies are increasingly in question, the Eritrean problem cannot be ignored”, Comfort Ero, the International Crisis Group’s African programme director, said in a statement.
Last month, a man was arrested for smuggling six Eriteans across the Øresund Bridge, while a van filled with Eritreans was turned away at the border between Italy and Austria. Just this week, the Italian navy said that it has saved nearly 100,000 boat migrants this year, most of them from Eritrea, Somalia and Syria.
A report from Voice of America on the Eritrean exodus can be heard below.
SHOW COMMENTS 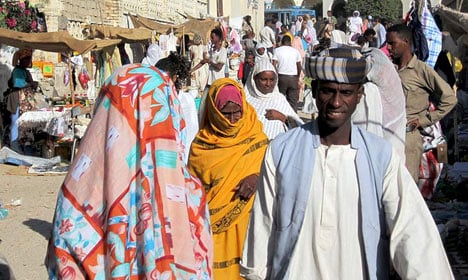 ERITREA
The Eritrean regime is very happy with Denmark 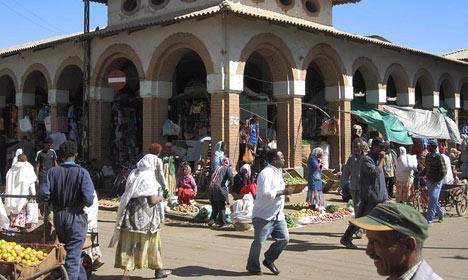