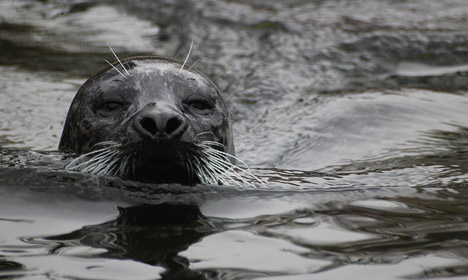 Photo: Susanne Nilsson/Flickr
"So far this year about 3,000 harbour seals have died in Swedish and Danish waters and were probably infected with the bird flu virus H10N7," the Swedish Agency for Marine and Water Management said in a statement.
The virus was first detected among sick and dead seals found in April off the coast of Gothenburg southwest of Sweden — and the agency said the death toll was far higher than initially thought.
In October the numbers of seals killed by the virus was estimated at about 700 but researchers now say most of the dead animals had sunk, making estimates difficult.
"We still don't have the full picture of how many seals are affected or exactly how the infection has spread," a biologist at the marine agency said.
The agency believes that most Swedish seals have probably been infected with the virus but that the majority have developed antibodies which protect them.
There are around 12,000 seals in Denmark, while Sweden has an estimated 10,000 seals.
In late November, authorities in the northern German region of Schleswig-Holstein reported that 1,600 seals had died from the bird flu virus out of a population of 13,000.
There have also been some reports of seal deaths related to bird flu in Norway and the Netherlands.