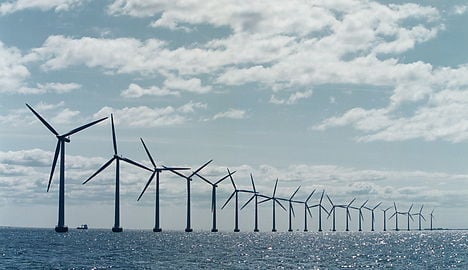 The top ranking is a sign of “Denmark’s global leadership within climate policies and sustainable energy”, a Danish Ecological Council spokesman said. Photo: Søren Bidstrup/Scanpix
Denmark has the best climate policies in the world, according to the 2015 Climate Change Performance Index (CCPI). For the third consecutive year, Denmark was the top-performing nation among the 58 countries that are responsible for 90 percent of global CO2 emissions.
As in previous years, Denmark was technically ranked in fourth place, as the researchers behind the report kept the top three spots empty, saying that “no country is doing enough to prevent dangerous climate change.”
The report, which is put together by the environmental organisations Climate Action Network Europe and Germanwatch, held Denmark up as an example of “how industrialised countries can not only promise, but also implement effective climate protection policies.”
The CCPI looks at countries’ emissions levels, renewable energy sectors, energy efficiency and national climate policies.
See also: Danish wind energy sets new record
Denmark performed particularly well in the latter category, with the report pointing to the national target of producing 70 percent of all energy through renewable sources by 2020.
The Danish Ecological Council (Det Økologiske Råd) said the report highlighted “Denmark’s global leadership within climate policies and sustainable energy”.
“The great performance [on the CCPI]  is obviously a combination of the strong Danish national energy policy, which has the backing of 95 percent of parliament, and the developments on the ground, where Denmark year after year is reducing its greenhouse gas emissions,” Ecological Council spokesman Søren Dyck-Madsen said in a press release.
The report points to Denmark’s drop in emissions, which have been declining steadily since 1997 and have dropped by about 19 percent over the last five years.
The rosy picture painted by the CCPI is in sharp contrast to a report from the World Wildlife Fund earlier this year that concluded that Denmark is among the world’s top four polluters, behind only oil-producing states Kuwait, Qatar and the United Arab Emirates.
See also: Denmark has world's fourth largest ecological footprint
Mixed performance from European countries
Denmark was followed by Sweden and the United Kingdom in the CCPI report. Scandinavian neighbour Norway was at number 27.
France remained in 12th position, while Germany maintained its position at 22nd, despite large investments in renewable energy.
The Netherlands plummeted eight places from last year, while Austria dropped five to number 36.
China, the world's biggest emitter, was ranked at number 45. The report pointed to improvements in the efficiency sector and massive investments in renewables.
The last place (61) in the CCPI is occupied by Saudi Arabia, which has the worst record on curbing the growth of its emission trends, and lack of investment in renewable energy.