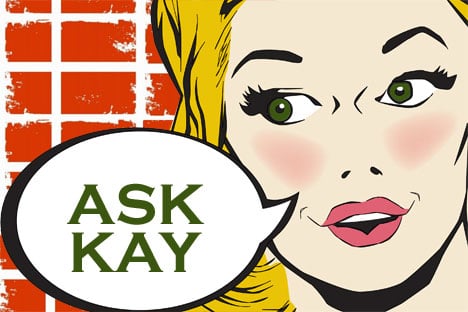 Kay Xander Mellish is an American who has lived in Denmark for 14 years and answered many questions from new arrivals and people thinking of moving to Denmark. She is the author of the new book How To Live in Denmark, available in print from HowtoliveinDenmark.com and as an eBook on Amazon. Kay offers How To Live in Denmark events for schools, unions and corporations, as well as a free podcast.
What should I do in Copenhagen if I'm going to be there for just one school term? I want to get out of my comfort zone and experience authentic Danishness.
'Authentic Danishness' could be a lot of different things. For example, you could experience the life of working class traditional Danes by picking up your lunch at a small smørrebrød shop. They're usually open only 7am to 2pm, and many take cash only. You could also grab a beer (the drinking age in Denmark is 15 for beer in supermarkets, 18 for spirits, and 18 for bars) at a traditional bodega, the dark-windowed bars where older and poorer Danes drink. Bo-Bi Bar in the city centre is a trendy example, but bodegas are everywhere.
Alternately, you could experience multi-cultural 'Nydansker' Danishness by visiting the African Street (Griffenfeldsgade in Nørrebro), or Høje Gladsaxe, the sleek 1960s housing project that features a statue of John F. Kennedy. Høje Gladsaxe now has a substantial population of Turkish and Arabic immigrants. Pop star Basim grew up there – he's a Dane with Moroccan roots who spurred a national debate on 'Danishness' by performing at the Eurovision content in front of a giant Danish flag.
If you're into urban art, I recommend Superkilen, a long park in Nørrebro with pop art contributions from 50 countries whose citizens live in Nørrebro (Spain sent a giant metal bull; the US is represented by a giant donut shop sign). Superkilen is part of the main bike route through the city. Ørested, a 'new city' being built near the airport with a lot of interesting architecture, is also worth a visit. The Jewish Museum downtown is built by Daniel Liebeskind, and I personally think it's nicer than the one he built in Berlin. Bispebjerg, an often neglected part of the city, has a cool Expressionist style cathedral on top of a hill. A brick crematorium across the street has been converted into a dance studio.
The 'freetown' of Christiania, of course, is always worth visiting, but it can be very muddy, so don't wear your new shoes. The Christianshavn neighbourhood surrounding it is charming, a lovely 17th century district built around a network of canals.  Most of the inexpensive flat-bottom boat trips will take you through them. I love those boats, which are popular with locals as well as tourists.   In general, I recommend getting out of downtown Copenhagen and visiting diverse neighbourhoods like Nordvest or Valby, and even the suburb of Dragør, a well-preserved fishing village, in order to get a full view of Danish life.
One way to explore would be to ride the 'A' buses from end to end. The 2A and the 6A buses in particular will give you a wide perspective. The 1A bus also goes to Hellerup, Copenhagen's wealthiest neighbourhood and the start of the 'whisky belt' wealthy suburbs to the north.
Do you have a question for Kay? Send it to her at kay (at) howtoliveindenmark.com and we might feature the answer here.