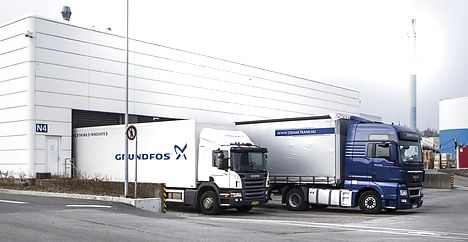 Grundfos said it would cut over 400 jobs globally, including 133 in Denmark. Photo: Preben Madsen/Scanpix
The world’s largest pump manufacturer, the Bjerringbro-based Grundfos, announced on Tuesday that it will eliminate 405 employees, including 133 in Denmark.
The company said that it has suffered through decreased revenues and rising costs over the past four years. In the first half of 2014, the company brought in 301 million kroner ($50.6 million) before taxes, a sharp fall from the 441 million kroner in the same period last year.
Grundfos has more than 19,000 employees across 56 countries, including just over 5,000 in Denmark.
Also on Tuesday, the refrigeration, air conditioning and heating firm Danfoss said that it would close a ball valve production facility on the island of Funen, resulting in the elimination of some 60 jobs.
The company said that the move was in response to its industrial departments not generating enough income.
In September, Danfoss announced a 1.04 billion euros (9.7 billion kroner, $1.341 billion) bid for Finnish air conditioning equipment firm Vacon. The two groups said they aimed to become a "global player" in the air conditioning drives market.
Danfoss employees about 22,500 people in 20 countries and posted sales of 4.5 billion euros in 2013.