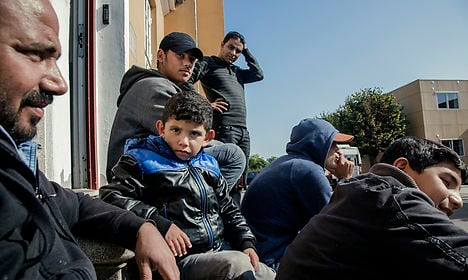 While 3,130 people sought asylum in Denmark in September, the number was down to 1,818 in October – a 42 percent decrease. Photo: Nikolai Linares/Scanpix
The Danish government announced in September that refugees fleeing civil wars like the one in Syria will be eligible for a new, one-year temporary residence permit. In October, that was followed up by the announcement that only those refugee who have had their permits extended beyond that first year can bring their family members to Denmark.
Immediately following the government’s proposals, the UNHCR warned that Denmark’s new restrictions risk violating international laws.
See also: Denmark to limit family reunification for refugees
In an official statement submitted to parliament, the agency has gone a step further and called on the family reunification restrictions to be dropped altogether while also suggesting that Denmark reconsider other elements of its proposed asylum changes.
The criticism led the Danish government to include a section in its final proposal on the UN’s Convention on the Rights of the Child. The final proposal now includes language that says that immigration authorities should give extra consideration to “the best interests” of children as inscribed in Article 3 of the convention.
Other than the new language about the UN Convention in the law proposal’s comments, however, the content itself has not changed. This led Johanne Schmidt-Nielsen of the Red-Green Alliance (Enhedslisten) to accuse the Justice Ministry of merely trying to shield itself from a potential legal case for violating the UN Convention.
“The fact is that the government is terrified of being convicted of violating children’s rights and that just goes to show how far out we are here,” Schmidt-Nielsen told Politiken.
“The comments don’t change the basic content of the law: that the government will deny children the right to be together with their parents by making a refugee wait a year before seeking family reunification. It’s fine that they write that there can be exceptions, but that doesn’t help all of those children who are waiting around in a war zone,” she added.
Marlene Borst Hansen, a spokeswoman for government coalition party the Social Liberals (Radikale), said that the UNHCR’s criticism has “made an impression”.
“It always makes an impression when the UNHCR expresses criticism and it has done so here as well. This hasn’t been the world’s easiest proposal for the Social Liberals to put forward, I don’t think that is any secret. But we did it because the municipalities have been unable to keep up [with the influx of refugees, ed.],” she told Ritzau.
In addition to the UNHCR, several domestic aid organizations – including the Danish Refugee Council, Save the Children Denmark and the Danish Red Cross – also submitted statements critical of the proposal.
While the proposal was largely aimed at controlling the number of Syrian refugees who seek asylum in Denmark, numbers from Immigration Services (Udlændingestyrelsen) showed a dramatic fall from September to October. While 3,130 people sought asylum in Denmark in September, the number was down to 1,818 in October – a 42 percent decrease.
Parliament is first expected to take up the proposed law changes on Thursday.