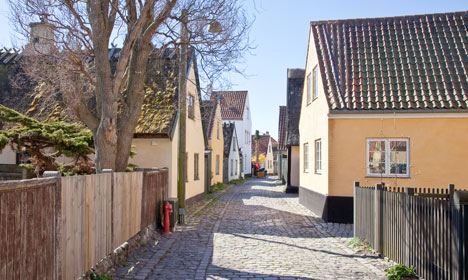 27 of Denmark's 98 municipalities grew in population thanks to immigrants. Photo: Colourbox
Working with figures from Statistics Denmark, Ugebrevet A4 found that 64 of Denmark’s 98 municipalities experienced a population decline amongst ethnic Danes between 2008 and 2014. But when immigrants, refugees and their descendants are factored in, 27 of those 64 municipalities actually experienced population growth.
Many of the areas where immigrants are reversing population declines are rural communities that have struggled to retain residents.
Pia Heike Johansen, a professor at the Danish Centre for Rural Research at the University of Southern Denmark, said that immigrants provide a vital boost to rural areas.
“When immigrants move to rural areas, they help to keep local businesses alive. If they settle down and have children, that benefits the local schools and daycare institutions,” Johansen told Ugebrevet A4.
“They really mean a lot to the rural municipalities and help ensure a higher level of both public and private services,” she added.
Ugebrevet A4 pointed to Vejen in southern Denmark and the central Jutland municipalities of Billund and Ikast-Brande as examples of municipalities that have experienced decreases in their Danish populations but have grown by hundreds of residents thanks to immigrants.
The mayor of Vejen, Egon Fræhr, said he is thankful for the newcomers.
“It’s terrific that people want to work in our municipality. The immigrants are a part of our community just like all the other residents. Well-performing businesses and job opportunities are vital for a municipality to function, while the last names of the employees isn’t terribly important,” Fræhr told Ugebrevet A4.
He added that even though it can be challenging to integrate immigrant children into the local schools and daycares, “we haven’t had big problems with immigration.”
North of Vejen in Ikast-Brande, Mayor Cartsen Kissmeyer said the local business community “is dependent on attracting foreign workers”.
“If we didn’t have immigration, the companies’ production would be worth less,” he told Ugebrevet A4.
Steffen Damsgaard, the chairman for the rural districts’ association Landdistrikternes Fællesråd, said immigrants are helping to keep the parts of Denmark often deridingly referred to as “the rotten banana” alive.
“One of the biggest challenges for the outlying municipalities is when the population disappears and the economy erodes. When residents instead choose to settle down, it ensures the foundation for the local economy,” he told Ugebrevet A4.
He cautioned, however, that immigration might not be the solution for every struggling community.
“Immigration and refugees shouldn’t be forced upon rural people if they don’t want it. But when a large portion of the population moves away from rural areas, immigrants can definitely contribute to society’s bottom line,” he said.
Earlier this year it was reported that in some parts of Denmark, as many in one in four homebuyers is from eastern Europe, helping to turn around moribund housing markets.