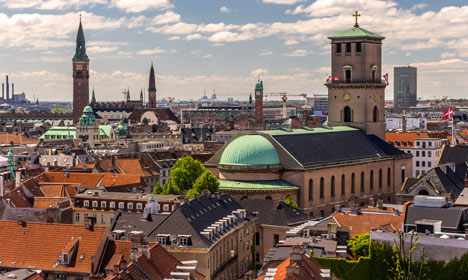 "Copenhagen can once again become a city for everybody," city's deputy mayor says. Photo: Colourbox
Copenhagen Mayor Frank Jensen has long expressed concern that rising property values are quickly pricing regular wage-earners out of the city, leaving some of the capital’s most prime real estate exclusively for the wealthy.
But with the 2015 budget including an agreement to give municipalities the right to earmark up to 25 percent of future residential building projects for affordable housing, Jensen said that thousands of regular workers should be able to live in the heart of the city.
Looking for a place to live in Copenhagen? Find a roommate here
“Now we can ensure that new nice neighborhoods will also be for regular workers and students. This of course don’t solve all of our problems. There are no easy fixes for Copenhagen’s housing challenges but with the tools we now have, we can get things moving in the right direction,” Jensen told Jyllands-Posten.
Jensen said he wants “a Copenhagen where the shop assistant, the retiree and the bank director all meet each other at the local supermarket”.
Jensen’s colleague in Copenhagen’s city council, Morten Kabell, also praised parliament’s decision.
Kabell, the city’s deputy mayor for technical affairs, said that rising prices in Copenhagen are quickly making the city “a private party”.
“The unemployed, students and people with average salaries are being forced to live further and further from Copenahgen. Now we have a way to break the curse of market forces so that Copenhagen can once again become a city for everybody,” he told Jyllands-Posten.
Property prices in Copenhagen have been rising at a rate that far outpaces developments in the rest of Denmark. An average 80 square metre apartment in Copenhagen costs 2.5 million kroner ($421,000).
Housing in Copenhagen is especially challenging for students, as they are often unable to afford to rent regular properties due to the high prices and the number of student housing options falls well short of matching the number of students.