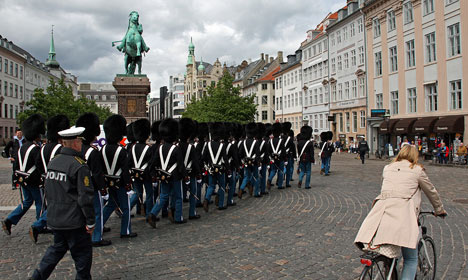 Photo: Colourbox
Market researchers GfK asked 20,000 people in 20 countries their opinion of 50 leading nations across six categories: exports, government, culture, people, tourism, and immigration and investment.
Although Denmark was among the 50 measured nations in GfK’s Nation Brands Index 2014, it did not make it into the top ten.
Germany was the big winner, knocking the United States off the top spot for global image for the first time since 2009.
Other European countries to make the top ten were the UK (3), France (4), Italy (7), Switzerland (8), and Sweden (10).

The Germany/US swap was the only movement in the top 10 compared with 2013.

While the US was still ranked best for categories like “creativity“, “contemporary culture“ and “educational institutions“, it fell to 19th place when people were asked to judge its “engagement for global peace and security“.
It was particularly harshly judged by people in regions where it had been party in international tensions, such as the Middle East and Eastern Europe.
But it was Russia that lost the most places in the popularity stakes, with its government given very low marks. It was overtaken by Argentina, China and Singapore to land at 25th place.
GfK did not publicly release the full top 50 list.
With Denmark not making the top ten cut, the country will just have to settle for being the fourth most prosperous in the world, the best in Europe for doing business, a favourite destination amongst jet-setters, home to the world's gay-friendliest and greenest city, the best English speakers and some of the happiest and most trusting people on Earth (who can look forward to retiring on the world's best pension scheme). 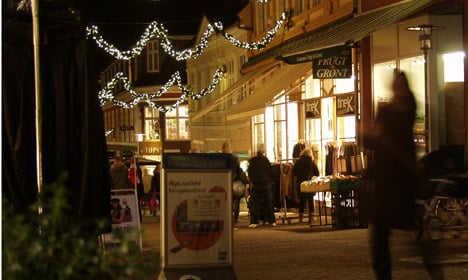 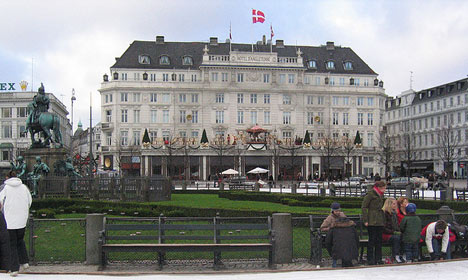 Moving from a position of 31st in last year’s table to 23rd on the new list, Aalborg University (AAU) is described by THE as “providing students with academic excellence, cultural engagement and personal development since its inception in 1974.”

The university – which also has campuses in Copenhagen and Esbjerg – is also placed in the 201-250th range in the Times Higher Education list for all international universities, which was released last year.

Aalborg itself was voted the happiest city in Europe in 2016.

AAU’s rector Per Michael Johansen The Local that the new ranking was a “huge pat on the back” for all involved at the university.

“We have talented researchers and colleagues and it is clear that a high placing on a well-regarding ranking like this makes us more recognisable and therefore able to attract talented international researchers,” Johansen said.

The Times Higher Education 200 Under 50 Rankings 2017 applies the same 13 performance indicators as the THE World University Rankings. These indicators are recalibrated to reflect the missions of younger, more dynamic institutions and grouped into five areas: teaching, research, citations, international outlook and industry income.

“It is no easy task to appear in the 2017 Young University Rankings, which use the same 13 rigorous and demanding performance indicators as the overall World University Rankings. Institutions must demonstrate high standards of performance across teaching, research, international outlook and knowledge transfer,” said Phil Baty, editor of the Times Higher Education rankings, via a press release.

The ranking, published for the sixth year, includes 200 institutions for the first time, expanded from 150 (formally known as Times higher Education 150 Under 50).

A total of 48 countries are represented on the list.

Johansen said that although it is an extremely long process for a university to build up a world-class reputation, the progress made by AAU on the list was evidence that the university was doing things in the right way.

“A wise man once said that if you want to make your city famous, you should build a university and then wait 200 years. It takes an extremely long time to build up prestigious reputations. When you consider that Denmark’s oldest university was founded in 1479, I think the progress we have made in just 43 years is quite excellent,” he said.

Universities under 50 years old are exciting, dynamic institutions, often located outside the traditional strongholds of the US and UK, according to Times Higher Education.

Germany has 11 institutions in the ranking including five in the top 30, and Asia also performs well with institutions from Hong Kong, Singapore and South Korea taking five places in the top ten.

In addition to Aalborg, Roskilde University also made it on to the list, ranked in the 101-150 section.

The full THE Young University Ranking list can be found here.