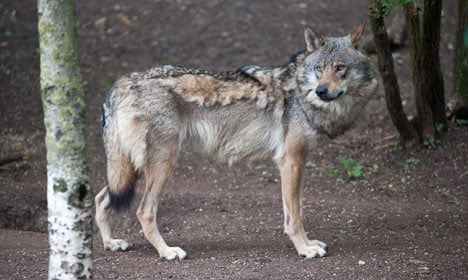 At least one male wolf is living permanently in Denmark, but many think that there are Photo: Colourbox
After being gone for nearly two hundred years, wolves have officially returned to Denmark.
A wolf was spotted in October 2012 in northern Jutland, marking the first time a wolf was seen in Denmark since 1813. Since then, wolf sightings have become more common and now for the first time researchers can confirm that Danish wolves appear to be here to stay.
After examining various signs of wolves, researchers now say that wolves have established themselves throughout much of Jutland and that at least one wolf has settled down and made a home in central Jutland. That male wolf was spotted seven different times in 2013 and is still living in the area with now signs of leaving.
Researchers at the National History Museum in Aarhus and Aarhus University have documented the various locations where positive DNA tests have been found (red squares on map below) and where cameras in the wild have snapped photos of a wolf (blue squares). Graphic: Naturhistorisk Museum Aarhus/Aarhus Universitet
Wolf experts say that an animal spotted in the same location after a six-month span can be said to have officially settled in the area.
“That is certainly the case with this wolf, which means that we therefore can say that we have our first evidence that the wolf is established in Denmark,” Liselotte Wesley Andersen, a senior researcher at Aarhus University, told DR.
Despite the various sightings of wolves since their 2012 and reports of wolf pups earlier this year, researchers say that they have still only found DNA samples from male wolves and have no documented proof that wolf packs are living in Denmark.
But that doesn’t mean that researchers or wolf enthusiasts have given up hope that there are more wolves to be found.
“Hopefully we will have a snowy winter and wolf tracks can lead to new documented finds,” Thomas Secher Jensen, a senior researcher with the Natural History Museum in Aarhus, told DR.