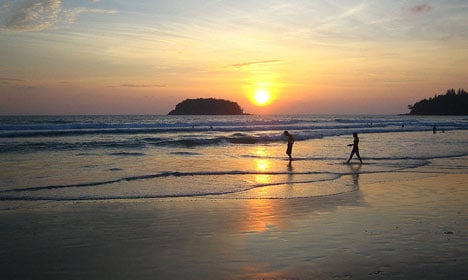 The EU says that making Danes wait more than a year for that trip to Thailand is unfair. Photo: Gabriel White/Flickr
According to documents obtained by the political site Altinget, the EU Commission says that the way Danish workers build up holiday time may violate EU directives.
When a worker starts a new job in Denmark, they build up holiday over a calendar year but the acquired days are used over a ‘holiday year’ that runs from May to April.
Under Danish rules, for example, an employee starting a job in January 2015 would not be able to hold paid holiday until May 2016 unless they had carry-over holiday from a previous position.
This can result in the employee being unable to take paid holiday for a significant part of their initial employment period. That potential delay in taking paid holiday is unfair, according to the EU Commission.
The Confederation of Danish Employers (DA) however argues that the Danish model doesn’t create any significant issues.
“Whether you have holiday from May to May or January to January, it still means that you receive your full holiday. So to me, this seems like the work of some pen pusher,” DA spokesman Flemming Dressen told Altinget.
The employment minister, Henrik Dam Kristensen, said that the government is mulling its official response to the EU Commission, which must be delivered by the end of the month.
“I can confirm that we have received an initial correspondence on the Danish holiday rules and that parliament’s parties have been orientated on the letter. The government is now preparing an answer and I will refrain from saying more about it until our response is ready,” Kristensen told Altinget.