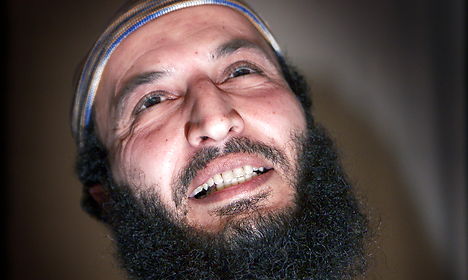 Sam Mansour was sentenced to 3.5 years in prison in 2007 and prosecutors are pushing for a longer sentence this time. Photo: Jeanne Kornum/Scanpix
A second terror case against Sam Mansour, aka ‘The Bookseller from Brønshøj’, gets underway in a Frederiksberg court on Tuesday.
The Danish-Moroccan Mansour, who has changed his first name from Said to Sam, was convicted on terror charges in 2007 and sentenced to 3.5 years in prison. Then, like now, he was charged for inciting terror by publishing and promoting terrorist works.
In the current case, Mansour is accused of posting screeds, photos, links and messages online that praise Osama bin Laden, threaten specific Danes by name and call on his readers to join al-Qaeda’s al-Nusra front. He has also allegedly posted videos of soldiers being executed in Syria and Iraq.
Mansour’s lawyer argues that his client is merely exercising his right to free speech.
“He has expressed himself on religious matters and that is his right within the framework of free speech. He doesn’t deny that he has published books and other things but everyone has the right to express strange opinions,” Thorkild Høyer told Ritzau.
Prosecutors will attempt to show that the 54-year-old Mansour serves as al-Qaeda's 'PR man' in Denmark and are pushing for a nine year prison sentence followed by expulsion and a revocation of Mansour's Danish passport, a punishment the courts rejected in the 2007 case.
A verdict is expected on December 4th.