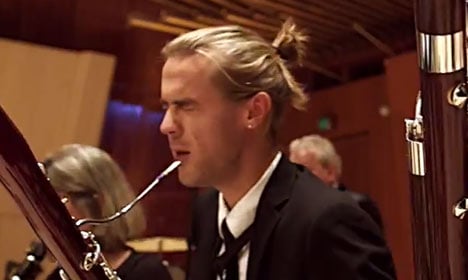 Screenshot: YouTube/Chili Klaus
Denmark’s perhaps most untraditional ‘celebrity’ is getting a turn in the international spotlight.
Claus Pilgaard, who has managed to become famous by eating hot chilli peppers, took his hot and spicy passion to the Danish National Chamber Orchestra, which is being shut down after 75 years due to budget cuts at DR.
'Chili Klaus' brought Carolina Reapers, Trinidad Scorpion Moruga Blend (TSMB) and Ghost Peppers for a “little piece of classical music and a little bit of spicy food”.
The video of the burning hot performance has been picked up by websites including BuzzFeed, the Huffington Post and The Mirror, garnering nearly one million views.
See the orchestra’s attempt to play Jacob Gade’s Tango Jalouise after consuming spicy peppers below. Warning: it involves tears and near vomiting. 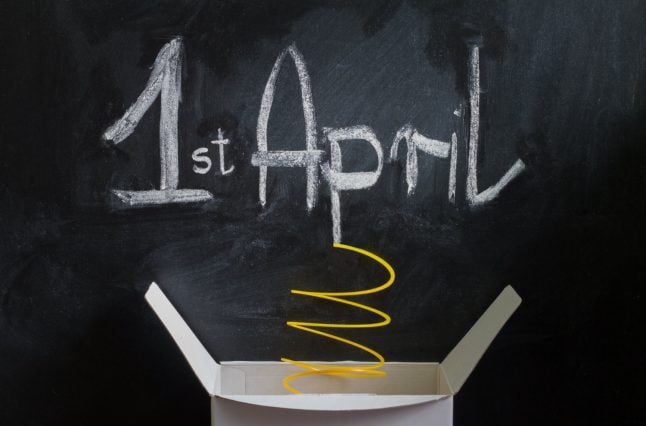 Here at The Local Denmark we like a good April Fools’ jape as much as anyone. But since we last year pretended that Denmark would no longer be able to come top of international lists, and this has now – sort of – come true, we decided to go easy this year.

Instead, here are some of our favourite stories from the last year or so that could have been mistaken for April Fools’, had they been posted on the date in question. Alas (or in some cases fortunately) all of these stories are as factual as can be.

On initial glance it might stink a bit, but this story is clean enough.

Archaeologists found the excrement of a buckwheat-eating bishop from the 17th century and we all learned something about Denmark of centuries past.

“This little piece of crap is a little piece in the story of our shared history,” said researcher Jakob Ørnbjerg. 2. People peed on these Copenhagen trees so often they had to be cut down

Danes are known to be precocious drinkers at times, but are their bladders really so weak that they can urinate trees into oblivion?

It would appear so.

In January, two 25m tall trees next to one of Copenhagen’s most-visited tourist spots, the round tower, were chopped down, apparently unable to take it anymore. The trees next to Copenhagen's Round Tower had to be cut down as urine had rotted them out. Photo: Iris

Remember those racy Danish travel ads that went viral a couple of years back? Sure you do. Young Danes were encouraged to take a holiday, “do it for Denmark” and make their parents happy by giving them a grandchild.

What you might not know is that they worked so well they caused an actual baby boom, with 2016 seeing 1,200 more newborns than the year before. These two are preparing to 'do it for mom'. Screen shot: Spies Travel

Yes, that’s a baboon. In Denmark. In January.

The dog-sized primate had to be tracked down and caught after it broke out of a zoo near Esbjerg.

Police warned citizens not to approach the animal, concerned that it might turn to violence if provoked. It might seem unlikely, but a crashed Messerschmidt from 1944 stayed undetected beneath farmland in North Jutland for over 70 years before being found by a local schoolboy who just happened to be doing his history homework.

We found this story no less unbelievable than fascinating, with a touch of sadness thrown in – particularly after the details of the pilot, who was buried with the wreck, were unearthed. The missing Messerschmidt Bf 109 was similar to the one shown here. Photo: Nyvlt_art/Depositphotos

Happy April 1st from The Local's team to all our readers. Have any stories that could pass for April Fools'? We're always glad to hear from you on Facebook, Twitter or via email. 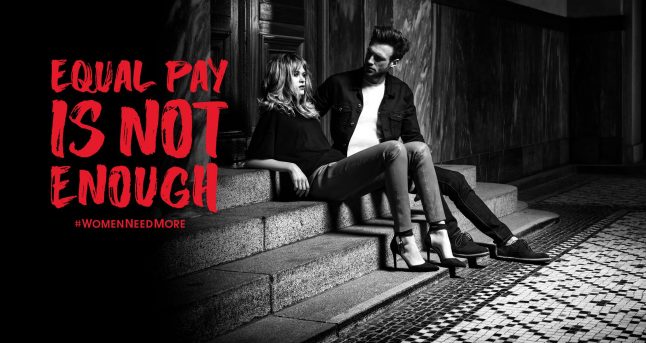