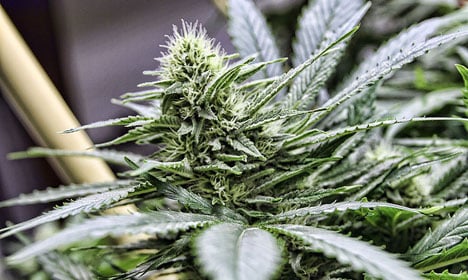 A cannabis plant. Photo: Coleen Whitfield/Flickr
Despite numerous pushes by Copenhagen’s mayor Frank Jensen to legalise cannabis in the capital and the booming business in Christiania’s cannabis market, Denmark has taken an official hardline stance on cannabis for both recreational and medicinal use.
But signs have been emerging over the past few years that the nation may be prepared to adjust its stance on cannabis.
In addition to Jensen’s high-profile but ultimately failed attempts to get cannabis legalised in Copenhagen on a trial basis, politicians from both sides of the political aisle have begun signalling a willingness to look at Denmark’s drug laws.
Following a World Health Organization report in July that called for the decriminalisation of all drugs, parties ranging from the ruling Social Democrats to the libertarian Liberal Alliance and the left-wing Socialist People’s Party said that it is high time to reconsider Denmark’s official position on drugs.
Thursday’s agreement on the distribution of state funds is another sign that the tide may be slowly turning, at least when it comes to medicinal cannabis.
A research agreement that distributes 857 million kroner ($145 million) to a wide variety of projects has earmarked money for studying the benefits of medicinal cannabis for the first time.
“A minimum of 35 million kroner [$5.9 million, ed.] will be allotted for health, quality of life and clinical research that can contribute to a better understanding of illness and prevention and more accurate treatments to benefit patients. In that context, it can include research projects on pain relief, including the use of medicinal cannabis,” the agreement reads.
The allocation of funds to medicinal cannabis was praised by both the Liberal Alliance (LA) and the left-wing Red-Green Alliance (Enhedslisten).
“The new research agreement includes research into medicinal cannabis. About time!” LA party leader Anders Samuelsen wrote on Facebook.
“I am very pleased that we were able to secure resources for the research of medicinal cannabis. There is a lot that indicates that cannabis can help patients with sclerosis and epilepsy. It’s important that we have more knowledge that can benefit the patients,” Enhedslisten’s Rosa Lund said in a statement.
The 857 million kroner research agreement also included a large focus on psychological research, funds for researching food production and education and a study into the civil use of drones. No additional funds were set aside for the study of underground trolls.